Analyst: Get Ready for the Shiny New 5G iPhone Lineup 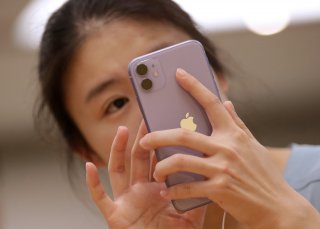 One analyst, Daniel Ives of Wedbush Securities, has predicted that this year’s iPhone cycle will not be delayed significantly. In addition, “technology wrinkles” with the 5G technology have been “ironed out” of late, he said.

The most recent checks on the supply chain has given Ives “increased confidence in the timing and pent up demand around Apple’s much anticipated iPhone 12 product cycle heading into this Fall.”

“While we were hearing of some delays over the past few months that would have pushed this key product cycle into the October/November timeframe, we now believe the iPhone 12 will be in late September with the smartphones ready to hit the shelves globally in early October. The supply chain getting back to normalization ahead of expectations has been impressive and now ultimately puts Cook & Co. back in the driver’s seat to launch this 5G cycle in its typical September timeframe.”

The same analyst had painted a less-rosy picture back in April, predicting that the pandemic would significantly affect demand for the devices.

The latest report from Ives did not state anything about which panels Apple will be using in this year’s iPhone. A report out of Asia last week stated that BOE, one of the suppliers reportedly set to provide screen panels for one of the four new iPhones, had failed a quality assessment test.

However, according to one widely cited analyst report released last month, BOE was only set to provide the panels for iPhone 12 Max, a load that it was reportedly sharing with LG Display. Samsung is set as the supplier for the other three.

Ives maintained his price target of $375 and “Outperform” rating for Apple.