Does Apple and Samsung Have an OLED Screen Problem Brewing? 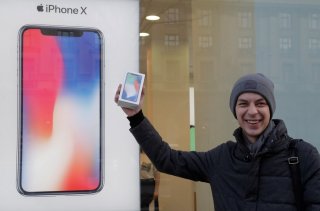 According to one analyst report earlier this spring, Apple is going to be diversifying its supply chain for the OLED screens in this year's lineup of iPhones.

Ross Young of Display Supply Chain, based on sources from the supply chain, reported that Apple, in its four phone models for 2020, would use Samsung panels for three of the four, while utilizing panels from LG Display and the Chinese company BOE for the fourth, which is possibly called the iPhone 12 Max. That phone is expected to have a 6.67-inch screen.

Now, that plan may have changed again.

According to the Korean media outlet D Daily, as cited by WCCF, BOE’s panels failed to pass a test at Apple's quality assessment stage. The supplier had also recently failed a similar test, in displays it was making for Samsung's Galaxy phones.

It's not clear when exactly the test failure took place, or whether it means BOE is now completely out as a supplier for this year's iPhones. BOE already works with Apple on iPad and MacBook panels.

A report last month by another Korean site, the Elec, stated that Apple had ordered up to 20 million OLED panels from LG Display for use in this year’s iPhones. That report also stated that BOE had not yet been approved as an iPhone supplier, but that a bid was expected.

As of March, per Business Korea, which cited IHS Market data, Samsung remained the dominant supplier of OLED panels for smartphones worldwide, but LG Display had increased its share to over 10 percent, reportedly on the strength of its iPhone participation.

BOE was reportedly down to single digits, as most Chinese suppliers declined. Visionox — the Chinese company that recently made news for developing what it calls the first under-screen display camera for a smartphone — had increased its share.

There is also the question of whether this year's iPhones will arrive on time. Most years, the iPhone lineup arrives in September, but many indications are of a delay to October this year.

The CEO of Broadcom, a supplier of parts such as Wi-Fi and Bluetooth chips for the iPhone, said on an earnings calls last week that a “large North American mobile phone” client was experiencing a “major product cycle delay," meaning that Broadcom's expected revenue surge would come in the fourth quarter this year rather than the third. Broadcom is known for speaking about Apple in that winking way.