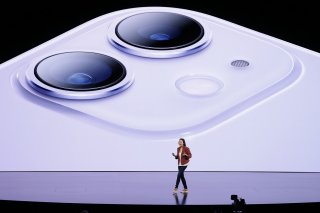 The supplier Broadcom issued guidance this week that underwhelmed, The company, per Reuters, predicted third-quarter revenue of  $5.75 billion, plus or minus $150 million, which was below expectations of  $5.79 billion.

However, that's not what drew the most attention from the company’s call.

According to Bloomberg News, Broadcom's CEO, Hock Tan, said on the call that the company was looking at a “major product cycle delay” at a “large North American mobile phone” client, in the type of leading language Tan often uses when referring to the iPhone and Apple.

The CEO added that he expects revenue to be down sequentially in the third quarter, but to rise in the fourth, which would happen in the event of an iPhone delay.

A longtime iPhone supplier, Broadcom reached a $15 billion deal with Apple to supply iPhone parts over the next three and a half years, as revealed in an SEC filing that was reported by CNBC in January. Another filing, the month before, found that Apple's business consisted of 20 percent of Broadcom's net revenue in 2019.

Whether Apple's iPhones this year will be delayed in a matter of much speculation.

Analyst Ross Young of Display Supply Chain Consultants, in a widely cited report last month, predicted a six-week delay in the start of production, meaning that the iPhone 12 device would be delayed to October, rather than the traditional iPhone release month of September.

This would mean, as Broadcom said, that the phone or phones would arrive in the fourth quarter rather than the third.

Young also predicted that Apple will put out four iPhone models this year, called the iPhone 12, iPhone 12 Max, iPhone 12 Pro, and iPhone 12 Pro Max, which will arrive at starting prices of $649, $749, $999 and $1099. From a supply standpoint, BOE and LG Display are seen supplying the panels for the iPhone 12 Max, with Samsung still the maker the other models.