Is AT&T Getting Ready To Dump DirecTV? 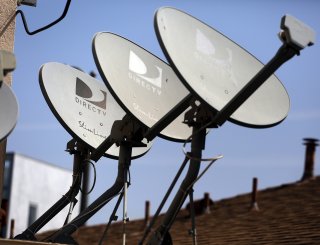 DirecTV, it's fair to say, is struggling. The satellite TV service lost nearly 900,000 subscribers in the first quarter of 2020, escalating a decline that's been ongoing for several years. In a pandemic quarter when nearly every major pay TV service lost subscribers, DirecTV lost the most of all of them.

AT&T bought DirecTV, in a deal that closed in 2015, for $48.5 billion, in addition to the assumption of  $18.6 billion in debt. That deal now looks like a significant overpayment, even before AT&T also bought Time Warner - now known as WarnerMedia - and refocused their strategy.

Now, a report is out saying that AT&T is under pressure to divest itself of DirecTV.

On Fox Business Thursday, Charlie Gasparino reported that bankers believe that AT&T "will have to offload its DirecTV satellite TV unit soon." This is because AT&T is under pressure from shareholders to cut its debt load, and to get the money-losing subsidiary "off its balance sheet."

It's virtually certain, Gasparino said, that a sale of DirecTV would not earn AT&T back anywhere near the money it paid for the company five years ago.

Gasparino had reported last fall that the private equity firm Apollo Global Management had pitched AT&T a deal in which AT&T would "offload some of the risk of its troubled DirecTV unit while still maintaining control of the satellite service provider," while also folding rival Dish Network into a new unit along with DirecTV. Under that deal, Apollo would have obtained a stake in AT&T as well.

That deal has not happened, but Gasparino said this week that "that is the type of deal that bankers are saying that AT&T will have to do now, given what's going on in the markets."

Dish and DirecTV have nearly merged multiple times over the years, and Dish CEO Charlie Ergen said earlier this year that an eventual merger between the two satellite services is "inevitable."

AT&T did not comment to Fox Business, nor did Dish or Apollo.

Also this week, per the Associated Press, AT&T pulled DirecTV service from Venezuela, in order to comply with U.S. sanctions on that country.

“Because it is impossible for AT&T’s DirecTV unit to comply with the legal requirements of both countries, AT&T was forced to close its pay-TV operations in Venezuela, a decision that was made by the company’s U.S. leadership team without any involvement or prior knowledge of the DirecTV Venezuela team,” the company said in a statement to the AP.

DirecTV and Many More: How Many TV Services Does AT&T Actually Have?