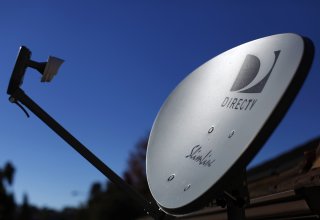 There have been various reports in recent months that AT&T is looking to dump DirecTV, the satellite TV service it purchased four years ago that’s been bleeding subscribers, especially as cord-cutting has accelerated during the coronavirus pandemic. Now, the company says the service lost over a half-million more subscribers in the third quarter.

AT&T announced in its quarterly earnings report Thursday that its premium TV segment, which includes DirecTV, U-Verse and AT&T TV, lost 590,000 subscribers in the third quarter. The company attributed the loss to “completion as well as lower gross adds from the continued focus on adding higher-value customers.”

The company added that there was a lack of “significant programming disputes” compared to the same period last year, as well as the addition of 116,000 accounts due to the Keep Americans Connected pledge.

DirecTV and AT&T’s other premium services lost 897,000 subscribers in the first quarter of 2020, and 886,000 in the second quarter. AT&T now has 17.1 million premium TV subscribers, after losing more than 3 million over the course of the last year.

AT&T is said to have put DirecTV up for auction, although government entities have made clear that a combination with Dish Network, the other struggling satellite provider, would face antitrust scrutiny.

For the quarter, AT&T revenue was $42.3 billion, down slightly from $44.6 billion the same period last year. The earnings met expectations, per Investor’s Business Daily.

Also in its earnings release, AT&T said that HBO Max and HBO, combined, hit 38 million subscribers in the United States, which has exceeded the company’s target for the year. And the company also added 6 million domestic wireless customers.  And the company added a record 357,000 AT&T Fiber subscribers.

“We delivered a solid quarter with good subscriber momentum in our market focus areas of connectivity and software-based entertainment,” John Stankey, AT&T chief executive officer, said in the announcement.

“Wireless postpaid growth was the strongest that it’s been in years with one million net additions, including 645,000 phones. We added more than 350,000 fiber broadband customers and are on track to grow our fiber base by more than 25% this year. And we continue to grow and scale HBO Max, with total domestic HBO and HBO Max subscribers topping 38 million — well ahead of our expectations for the full year. Our strong cash flow in the quarter positions us to continue investing in our growth areas and pay down debt. We now expect 2020 free cash flow of $26 billion or higher with a full-year dividend payout ratio in the high 50s%.”