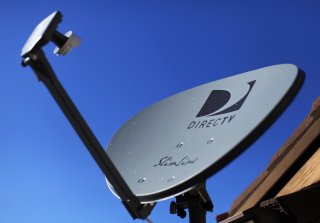 AT&T lost another 886,000 DirecTV and U-Verse subscribers in the second quarter of 2020, after losing nearly a million in the first quarter, the company announced in quarterly earnings Thursday. The number of total net loss pay-TV subscribers actually reached 954,000, per Fierce Video, taking into account the net loss of 68,000 AT&T TV Now subscribers.

The company also said that its total number of subscribers for HBO and HBO Max is 36.3 million, as of the end of June, and called its launch of HBO Max "successful," even as the investment in that launch cost the company hundreds of millions of dollars.

AT&T said it now has 17.7 million remaining premium TV subscribers. The company, per Variety, has lost 3.9 million pay subscribers over the course of the last year, a decline of 18 percent, and nearly 2 million since the start of 2020.

In the second quarter, AT&T posted revenue of $6.8 billion, representing a 22.9 percent drop over the same period the year before, while net income attributable to common stock was $1.2 billion, compared to $3.7 billion the year before.

The company also suffered from a lack of releases by its Warner Brothers movie studio, as revenues in that segment fell 22.7 percent to $6.8 billion.

“Our resilient cash from operations continues to support investments in growth areas, dividend payments and debt retirement. We are aggressively working opportunities to sharpen our focus, transform our operations and continue investing in growth areas, with the customer at the center of everything we do.”

The decline of DirecTV has led to widespread speculation in the last year that AT&T is looking to sell the company, perhaps in some type of combination with Dish Network.

The performance topped analyst expectations, per The Street.

The company also said that it had limited financial guidance to offer for the remainder of the year.