The Best Streaming Service Today: That Can Only Be Netflix 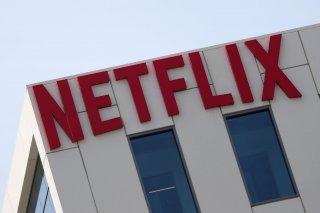 There is more and more competition among streaming services, with new ones seemingly coming online by the month, as the pandemic continues, cord-cutting escalates and the audience for streaming content becomes larger.

But the original, at least according to one measure, is still the best.

Tom’s Guide has given its Tom’s Guide Award for the best streaming service to Netflix. The service was chosen, the site said, “thanks to its enormous library of movies, TV shows, documentaries, comedy specials, kids programming and—most importantly—acclaimed and buzzworthy originals.”

“Netflix won’t have as much licensed content since it will be kept in house at Disney Plus, HBO Max and the rest,” the site said. “But despite that, the service continues to boast more great content than you can watch in a lifetime.”

Netflix will add more originals throughout the month of July, including the new series Cursed, a sequel to its 2018 original The Kissing Booth and a new season of its superhero series Umbrella Academy. The acclaimed documentary series The Last Dance will also arrive on Netflix next month.

“The LG C9 OLED is our favorite TV of the year even as the new 2020 TVs have come out to replace the superb 2019 model,” the site said. “But the LG C9 OLED remains our top pick for premium televisions nonetheless thanks to the superb quality offered by OLED, and an impressive feature set that still feels fresh a year later.”