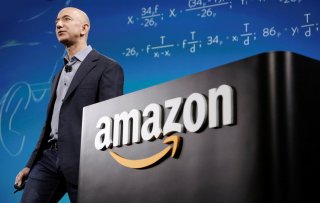 The Biden administration is considering turning to an unlikely source when it comes to vaccine distribution: Silicon Valley, according to a new report this week.

Politico reported Tuesday that the new president’s administration is considering “taking Silicon Valley up” on its offers to help out with the vaccine rollout. Amazon has reportedly offered “IT and operations,” with Airbnb offering “vaccine depots” at its real estate locations, and Google offering free ad space.

The administration is, in fact, “in talks” with Amazon and other tech companies.

“We are consulting with many companies, including Amazon, about specific ways they can help execute the president’s national strategy against COVID,” White House spokesperson Kevin Munoz told Politico. “Companies with logistics and technical expertise could help Americans get vaccinated more efficiently and more equitably.”

“We are committed to assisting governments with vaccination efforts as we work together to protect our workers and continue to provide essential services during the pandemic,” Amazon spokesperson Jodi Seth told the site.

The idea is that Amazon and other tech companies may have abilities to assist in the effort that government agencies do not.

Joe Biden, during the campaign, was at times critical of the tech industry, although not nearly to the degree of some of his Democratic opponents in the primaries, such as Sens. Elizabeth Warren (Mass.) and Bernie Sanders (N.Y.). And Donald Trump, throughout his presidency, got into feuds with the tech industry, most notably with Amazon CEO Jeff Bezos. Bezos announced earlier this month that he will step down as CEO later this year.

“As you begin your work leading the country out of the COVID-19 crisis, Amazon stands ready to assist you in reaching your goal of vaccinating 100 million Americans in the first 100 days of your administration,” said the Jan. 20 letter from Dave Clark, the CEO of Amazon’s worldwide consumer business.

“We have an agreement in place with a licensed third-party occupational health care provider to administer vaccines on-site at our Amazon facilities,” the letter said. “We are prepared to move quickly once vaccines are available.”

Early on in the pandemic, Trump had announced in a televised press conference that Google was working to develop a national coronavirus testing website. But Google had not built such a site, and the then-president had presumably confused a localized site a Google subsidiary called Verily had built in the Bay Area. Google did, however, launch a simplified national site not long afterward.

Apple and Google later launched an effort to create a content tracing app.