As Bezos Steps Aside, Amazon Posts Quarterly Revenue of $125.56 Billion 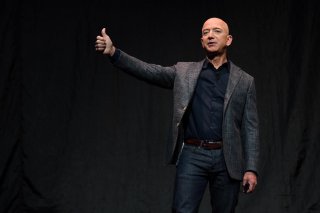 Andy Jassy, currently the CEO of Amazon Web Services, will succeed Bezos as CEO, with Bezos becoming Executive Chair. The change will take place in the third quarter of this year.

“Amazon is what it is because of invention. We do crazy things together and then make them normal. We pioneered customer reviews, 1-Click, personalized recommendations, Prime’s insanely-fast shipping, Just Walk Out shopping, the Climate Pledge, Kindle, Alexa, marketplace, infrastructure cloud computing, Career Choice, and much more,” Bezos said in a company statement.

“If you do it right, a few years after a surprising invention, the new thing has become normal. People yawn. That yawn is the greatest compliment an inventor can receive. When you look at our financial results, what you’re actually seeing are the long-run cumulative results of invention. Right now I see Amazon at its most inventive ever, making it an optimal time for this transition.”

Bezos, who is the world’s richest man, said in a separate letter to Amazon employees that in addition to his Amazon work, he will concentrate on philanthropy, including such non-Amazon products as the Day 1 Fund, the Bezos Earth Fund, Blue Origin, and The Washington Post.

In the fourth quarter, Amazon posted revenue of  $125.56 billion, its first time ever crossing the $100 billion mark; Apple did the same in fourth-quarter revenues last week. Amazon had come close in the third quarter, earning revenues $96.15 billion.

The figure beat the analyst estimates of $119.7 billion, per CNBC. The company had posted  $87.4 billion in revenue in the pre-pandemic fourth quarter of 2019 before conditions of the pandemic led to major use of Amazon by customers.

The company also said in the earnings release that it is “working to ensure that its front-line employees receive vaccines as soon as possible,” and also working to ramp up testing. The company had recently opened up a pop-up vaccine clinic. Amazon had indicated last month that it wanted the new administration to prioritize Amazon workers for vaccination.

A survey released last month found that about 65 percent of Amazon shoppers are Prime members, and that such members are nearly universally happy with the membership, and very few of them ever quit it.

Of Amazon customers who sign up for Prime, Consumer Intelligence Research Partners (CIRP) said, 93 percent keep their memberships after one year, and 98 percent of members stay on as Prime members after two years.