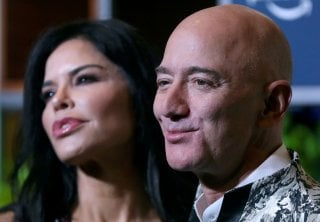 Even during a global pandemic, Jeff Bezos just keeps getting richer and richer.

The personal wealth of the richest man in the world climbed to an estimated $202 billion at market close on Wednesday, according to Bloomberg’s Billionaires Index. His overall worth has skyrocketed a mind-boggling $87 billion since January.

The Amazon CEO, who is now the first person ever to amass a $200 billion fortune, boasts an $86 billion edge on the world’s second-richest individual, Bill Gates, who is currently worth roughly $116 billion.

Bezos first became the richest man on the planet in 2017.

The fifty-six-year-old’s personal wealth, which is mostly tied up in Amazon stock, has risen steeply in recent years along with the e-commerce company’s share price. His estimated 11% stake in Amazon makes up more than 90% of his assets.

Fueled by the change in consumer habits as a result of the ongoing coronavirus pandemic, Amazon’s stock price has swelled nearly 85% since the beginning of the year and 25% over the past three months.

This massive surge in consumer demand was behind Amazon’s blowout second-quarter results, in which revenue topped $88.9 billion and it reported soaring profits despite spending billions of dollars on coronavirus-related investments.

Amazon is currently worth about $1.7 trillion, making it the second-most valuable company in the United States, trailing only Apple, which recently eclipsed the $2 trillion mark.

Bezos likely would have reached the $200 billion milestone sooner if not for his ultra-expensive divorce settlement last year. His ex-wife MacKenzie Scott instantly became one of the world’s wealthiest women when she received a 4% stake in Amazon.

Scott’s personal wealth is now estimated to be $66 billion, placing her thirteenth on the Billionaires Index.

Aside from Bezos, other tech CEOs have been adding to their wealth as well amid the pandemic.

Right behind is Tesla and SpaceX’s flamboyant CEO Elon Musk, who boasts a personal net worth of $96 billion.

Apple CEO Tim Cook, who is the son of a shipyard worker and a pharmacy employee, also became a billionaire recently. His fortune stems from his salary, the number of shares he holds in the company, and the proceeds from shares he’s sold—which total about $1.02 billion.