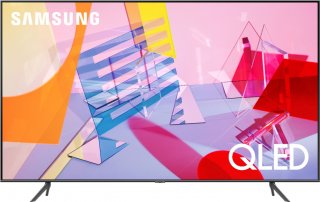 The Chinese components manufacturer, BOE Technology Group, has claimed a major breakthrough in QLED displays, according to a report over the weekend.

According to GizChina, BOE “now achieves a full-color QLED device with a resolution of 500ppi and a color gamut of 114% NTSC.”

Per the report, BOE’s new QLED solution has “broken through the limitations of resolution in traditional evaporation and inkjet printing processes. This brings the pixel density of QLED devices to a new height. It also expands the application of QLED in the small and medium-sized high-end display product market.”

How close the company is to bringing this discovery to life, and exactly when it might appearing in actual products, remains unclear.

BOE, in May of 2017, created what was described by Flat Panels HD as “the first true QLED displays.”

However, BOE still has a ways to go to catch up with Samsung and LG Display, the leaders in the OLED display field, where BOE continues to compete.

BOE, per a series of reports in recent months, had been set to supply screens for one of the phones in Apple’s 2020 iPhone lineup, but that BOE failed testing and will therefore not participate in the initial orders for those phones. Per GizChina, BOE is “studying the quality issues affecting its manufacturing,” and hopes to rejoin the production line by the fourth quarter.

With Samsung and LG Display providing the rest of the panels, the lack of BOE in the initial round of manufacturing is not expected to have any adverse effect on the timing of this year’s iPhone lineup. Most analysts see the year’s lineup arriving in September or October.

A report by Display Supply Chain Consultants, back in May, stated that Apple’s 2020 iPhone lineup would consist of the 5.4” iPhone 12, the 6.06” iPhone 12 Max, the 6.1” iPhone 12 Pro, and the 6.67” iPhone 12 Pro Max, with the latter phone utilizing OLED panels from BOE and LG Display, and the three continuing to get their panels from Samsung.