Burn-In: OLED HDTVs Have One Major Flaw (Or Not?) 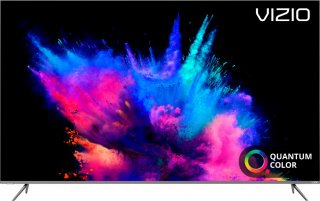 OLED is one of the leading TV technologies, but one of the biggest drawbacks to the technology has long been burn-in.

What is burn-in? It’s a problem that happens when a part of the TV’s image has been on screen for so long that it remains on screen even after it shouldn’t be. This can happen with network logos, score boxes for sports, and other things.

Most manufacturers have tried to both minimize the burn-in issue, and to show customers how to avoid it. LG and Sony offer, respectively, “Screen Shift” and “Pixel Shift,” while LG also offers an additional feature called “Logo Luminance Adjustment.”

Has the OLED burn-in issue gotten better over time?

CNET recently looked at that question, and concluded that while burn-in is real, most OLED device users don’t have anything to fear from it.

“So if the fear of the mere possibility of burn-in is your primary concern, the decision is simple: buy an LCD-based display instead. But know that you're sacrificing the best picture quality that money can buy,” CNET said.

The site added that most of what’s often called burn-in is “image retention,” which is temporary and usually goes away relatively quickly. And burn-in tends to become an issue for the significant minority of TV watchers who watch the same channels all day every day.

“Generally speaking, burn-in is something to be aware of, but not worry about,” CNET said. “With OLED TVs, it's something to keep in mind if you're a TV news junkie, or only ever play one video game. Keep an eye out for image retention or uneven wear. If you spot it, perhaps switch up your viewing habits, adjust the TV's settings, or run the pixel refresher a few times.”

Tom’s Guide reported this week that LG Display has come up with an OLED “breakthrough,” in the form of a new display tech that could improve brightness by as much as 20 percent. LG Display, which is a standalone entity, is the manufacturer that makes the panels for both LG Electronics and for most other OLED makers. That technology, however, does not solve any problem related to burn-in.

As for smartphones, most manufacturers who use OLED panels — which is most major ones, at this point-have taken steps to stop burn-in from setting in on the devices. Apple, for their part, uses “special algorithms that monitor the usage of individual pixels to produce display calibration data. Your iPhone uses that data to automatically adjust the brightness levels for each pixel as needed to reduce visual effects from ‘burn-in’ and to maintain a consistent viewing experience.”