As Cable and Dish Die, Streaming Services Could Hit 300 Million Subscribers by 2025 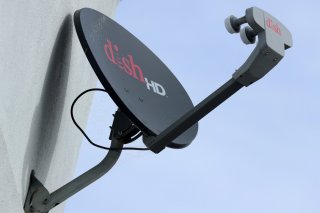 According to new data released this week by the Digital TV Research Report, as cited by Senal News, SVOD (subscription video on demand) subscriptions are seen spiking from their 2019 number of 203 million to 317 million by 2025.

Netflix is seen growing from 61 million U.S. subscribers last year to 71 million in 2025, while Amazon Prime Video is seen growing from 53.3 million to 59.8 million. Disney+, which only launched last year, is seen jumping from 22.8 million to 49.8 million, with “HBO Now”—which has since been replaced by HBO Max—going from 10 million to just over 22 million. Peacock, which did not exist last year, is expected to jump to 11 million subscribers in five years, with CBS All Access—which will soon rebrand as Paramount+—is expected to go from 6.2 million to 18.4 million.

The “others” category, which would appear to include Apple TV+, Showtime, Criterion Channel, and such niche products as Shudder, is seen growing from 22.1 million to 35.2 million. This would presumably also include streaming services that have yet to launch.

“The depth of choice in the US will not be replicated in any other country. Eight US platforms will have more than 10 million paying subs by 2025. Disney+ will just overtake Hulu by 2025,” Simon Murray, Principal Analyst at Digital TV Research, said in the announcement.

Nielsen recently began publishing weekly TV ratings for shows on streaming services, and has been adding new services each week after previously only measuring Netflix. However, as of the most recent ratings, Netflix continues to hold all of the top ten spots. As of the last week of August, “Lucifer” was the top streaming program, followed by “Cobra Kai,” “The Office,” “The Legend of Korra” and “The Umbrella Academy.” Disney+, however, may have a chance to crack the ratings once “The Mandalorian” returns for its second season in October.