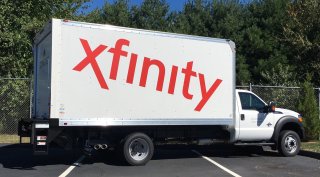 The second quarter of 2020 was another not-so-great one for the cable industry, although the industry did manage to post losses that were not as great as those in the first quarter, as stay-at-home orders were lifted in some areas, and businesses began to reopen.

According to Leichtman Research Group, Inc. (LRG), the fifteeen largest pay TV companies in America lost a total of 1.57 million subscribers in the second quarter of the year, after they lost around 2 million in the first quarter. Of the 1.57 million, about 500,000 of the losses came from cable companies, with the rest coming off the totals of satellite, vMVPDs, and other categories. One company, Charter, actually gained subscribers in the quarter, while the other six largest—Comcast, Cox, Altice, Mediacom, Atlantic Broadband and Cable One—lost them, with Comcast losing the most of all among the cable companies, 478,000.

Based on those numbers, the website KillTheCableBill did what appeared to be a back-of-the-envelope calculation, and found that if the average cable bill is $109.60, that number of lost subscribers means a money loss for the cable companies of $54,953,440. And with the average of number of “hidden fees” around $37.11 per subscriber, that means the companies lost a total of $18.6 million in hidden fees.

The site also found that, since the two satellite companies lost 886,000 subscribers in the quarter, DirecTV and Dish’s losses from those subscribers was over $97 million.

The usual caveats apply: It’s far from known whether that “average cable bill” or “hidden fees” numbers apply across all of the different companies and geographical reasons, while KillTheCableBill, a site that advocates cord-cutting, is not exactly an unbiased source.

In addition, losing money from lost subscribers doesn’t mean that these companies actually lost money overall. Comcast, for their part, posted a profit of nearly $3 billion in the second quarter, although it was a smaller profit than the same time the year before. This is because, as with most companies in the sector, Comcast is in many different businesses besides cable. And Comcast, despite the losses, still had 20.3 million cable subscribers as of the end of the second quarter, by far the most of any cable company.

“It’s worth noting that these losses overall were about a half million fewer than in the first quarter of 2020, signifying that stay home orders may have kept Pay-TV companies from losing even more subscribers. Still, it wasn’t enough to reverse the trend of consumer fleeing traditional TV service,” William Parker, the author of the KillTheCableBill story, wrote.