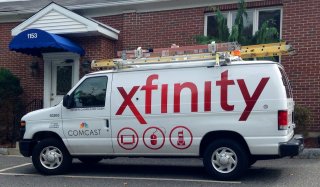 In second-quarter earnings released Thursday morning, Comcast posted revenue of $23.72 billion and 69 cents adjusted earnings per share, both of which beat analyst estimates, per CNBC. The company did, however, see an overall revenue drop of 11.7 percent, and an adjusted net income drop of 12.2 percent.

The cable giant also said that it lost 477,000 net losses of pay-TV customers in the second quarter, after losing around 400,000 in the first quarter. The company did gain 323,000 net high-speed Internet customers, which the company called its best second-quarter number on that metric in 13 years. It continued the trend, exasperated by the pandemic, of customers cutting the cable cord, while more of them sign up for Internet service.

The company also said that it gained 10 million sign-ups for its new Peacock streaming service, which launched this month, though it’s not clear how many of those are Premium, and how many were Comcast subscribers personally.

The earnings for the NBC Universal segment dropped more than 25 percent, with the Universal Studios theme parks closed, while the filmed entertainment division saw a 19.5 percent revenue drop in the quarter.

Content licensing revenue, however, jumped 19.5 percent, which Comcast said was “driven by the performance of certain 2020 releases that were made available on premium video on demand, including Trolls World Tour and The King of Staten Island.”

Comcast, during the quarter, extended its public wi-fi program through the end of the year, while doing the same thing for its free Internet access for Internet Essentials customers.