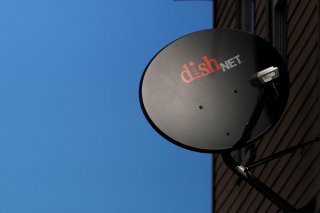 The news is pretty bad for the nation's cable, satellite and other pay TV providers.

The fifteen largest companies in the sector in the United States lost two million paying subscribers in the first quarter of 2020, according to a report last week by  Leichtman Research Group, Inc. The coronavirus pandemic has accelerated long-term trends in entertainment conception.

But those companies didn't just lose subscribers. According to one report this week, those lost subscriptions are also costing the companies extra fees.

According to a report by the pro-cord cutting website Kill The Cable Bill, those cable companies lost $22 million per month in hidden fees from the lost subscribers, which multiplied for the three-month quarter adds up to $66 million.

The site also says that the first quarter losses, due to lost cable taxes, will cost already cash-strapped state governments $8 million per month, and $96 million for the year.

The website Kill the Cable Bill, it should go without saying, is not exactly an unbiased source, and it's unclear if the cord-cutting trend will continue at quite that same clip if there's significant lifting of current restrictions, or if live sports return in the coming months.

The site's methodology appears somewhat inexact, and includes things like charges for broadcast channels that users could conceivably get for free with an antenna. It also lists regional sports fees—at a time with no sports—and cable box, HD and DVR fees.

The same site undertook a recent study showing that nearly one-third of cable subscribers would consider dropping cable if live sports aren't back by the start of June.

Stephen Silver, a technology writer for The National Interest, is a journalist, essayist, and film critic, is also a contributor to Philly Voice, Philadelphia Weekly, the Jewish Telegraphic Agency, Living Life Fearless, Backstage magazine, Broad Street Review and Splice Today. The co-founder of the Philadelphia Film Critics Circle, Stephen lives in suburban Philadelphia with his wife and two sons. Follow him on Twitter at @StephenSilver.