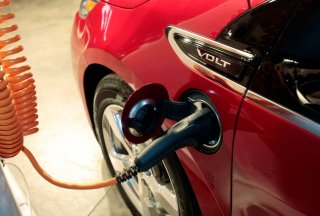 When it comes to Electric Vehichle (EV) technology and sales, most would consider Tesla to have a leg up on the competition.

But that doesn’t mean that other auto companies are sitting back and letting Elon Musk and his next-gen vehicles reap all the rewards. On Wednesday, General Motors CEO Mary Barra confirmed that she is banking on a huge turnaround in the EV space, as she stated that General Motors can “absolutely” catch Tesla’s EV sales by 2025.

Barra noted that the momentum will be carried by an influx of newly released vehicles, including the GMC Hummer pickup, Cadillac Lyriq, and the upcoming Chevrolet crossover. In all, General Motors is expected to release at least thirty EV vehicles by the middle of the next decade.

“I am very comfortable because when people get into these vehicles, they are just wowed,” Barra said during an interview on CNBC’s Squawk Box.

“So, we will be rolling them out and we’re going to just keep working until we have number one market share in EVs,” she continued.

Tesla still heavily dominates EV sales in the United States, but there are signs that its market share is becoming smaller. According to IHS Markit, Tesla’s domestic market share of electric vehicles is expected to drop from seventy-nine percent last year to fifty-six percent in 2021. By 2025, that figure should sink further to twenty percent.

Tesla’s stock, though, hasn’t flinched one bit, as it recently surpassed $1,000 a share and gave the company a market cap of $1 trillion.

Earlier this week, Hertz, which is barely four months out of bankruptcy, placed an order for a hundred thousand Teslas in the first step of an ambitious plan to electrify its rental-car fleet.

Customers, starting next month, will be able to rent Tesla Model 3 sedans at Hertz locations in Los Angeles, San Francisco, San Diego, and Washington, D.C. They will also be able to charge up Hertz locations and at Tesla’s growing network of Supercharger stations.

Hertz also announced that it would make up to half of the vehicles available to Uber drivers in an expanded rental program.

“Today’s partnership with Uber is another major step forward in Hertz becoming an essential component of the modern mobility ecosystem and executing on our commitment to being an environmentally forward company,” Mark Fields, Hertz’s interim CEO, said in a statement.

“It’s important to note that owning an electric vehicle is still too often more expensive than a traditional gas-powered vehicle,” he said in a statement.

“This partnership is a step forward to advance electrification on the Uber platform,” he continued.