Charter/Spectrum Announces Loss of More Than 100,000 Subscribers in Third Quarter 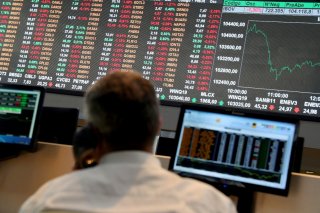 Charter did add 243,000 residential internet subscribers in the same quarter. It also reported $13.1 billion in overall revenue, up 9.2 percent year-over-year.

“The value of our connectivity products allowed us to add over 1 million customer relationships over the last year," Tom Rutledge, Chairman and CEO of Charter, said in the company’s earnings release. "Looking forward, we remain focused on improving both the quality and value of our products as demand for more advanced services grows. As data usage both inside and outside the home continues to increase, so do our network and product capabilities. We remain confident in our ability to grow customers, EBITDA, and free cash flow for many years to come.”

According to Leichtman Research Group, as of the end of the second quarter, Comcast had 18.95 million pay-TV subscribers, making it the largest cable company in the country. Charter had just over 16 million subscribers. In third, far behind, was Cox with 3.5 million.

“Video declined by 121,000 in the third quarter, wireline voice declined by 216,000 and we added 244,000 mobile lines in the quarter. As of the end of the quarter, we had 3.2 million mobile lines,” Jessica Fischer, the company’s chief financial officer, said on the earnings call Friday, per a Motley Fool transcript. “Despite the lower number of selling opportunities from cable sales, we continue to drive mobile growth with our high-quality, attractively priced service rather than using device subsidies.

According to MarketWatch, the company posted better-than-expected overall financial results, although it was “disappointed with its pace of broadband subscriber growth.”

The company, per Citi Research analyst Michael Rollins, had been expected to add 355,000 internet subscribers.

“We believe the category broadband results to date raise the risk that the industry subscription growth is quickly slowing to pre-pandemic levels, while we still expect competition from fiber upgrades to accelerate over the next few years,” Rollins wrote, according to MarketWatch.

Craig Moffett of MoffettNathanson also addressed the stock, per MarketWatch.

“[W]e get that it’s more fun to ruminate about the dramatic competitive narratives – Convergence Apocalypse!—than it is to look to more measured but less exciting drivers like household formation and homes-passed growth,” Moffett wrote. “But the evidence suggests that the broadband story is a lot more pedestrian than some would have it.”