Comcast and Dish Network Should Worry: Over 70% of Young Adults Have Cut Cord or Plan To 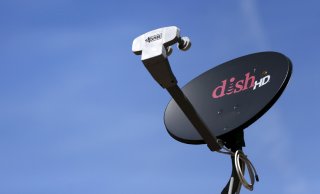 With the NBA season, MLB’s Opening Day and other major sporting events sitting on the sidelines due to the COVID-19 pandemic, cord-cutting is quickly rising among young adults, according to a new survey from The Trade Desk.

In the survey, 64 percent of all households said they have already cut the cord, are planning to or have never subscribed. Of those households that do still have cable TV subscriptions, 11 percent plan to cut the cord by the end of the year.

The figure creeps higher to 74 percent when talking about younger adults in the 18 to 34 age group.

The survey also discovered that 60 percent of Americans keep their current subscriptions to watch live sports.

“With only a quarter of young professionals having any long-term interest in traditional cable TV, in a few years we won’t be talking about linear or cable TV at all. It will all be online and streaming,” Brian Stempeck, chief strategy officer at The Trade Desk, said in a statement.

“For broadcasters and advertisers, it’s now all about how quickly they can pivot to where the eyeballs are moving and many of them are already investing heavily in order to succeed in a world of connected TV.”

This particular survey was completed for The Trade Desk by YouGov via 2,681 online questionnaires between April 1 and 3.

In detailing the survey’s findings, The Trade Desk said the monumental shift away from legacy cable TV is becoming even more pronounced because of shelter-in-place orders that have taken effect in many states.

Moreover, 35 percent of adults 18-34 would rather watch free content from a streaming service with advertising versus paying up for a subscription with no ads. The percentage of people who would prefer an ad-supported streaming service sunk lower with older groups.

“As more consumers shift to connected TV, broadcasters and advertisers can more easily address issues of ad frequency and ad volume, in ways that are not possible in a traditional TV environment,” Stempeck said.

“With CTV, the advertiser can work with an ad tech partner to understand who was exposed to an ad, even across devices, and can reduce ad frequency as a result. In addition, with CTV, advertisers can apply more data science to their advertising, making it more relevant to the consumer without compromising their privacy. This increases the value of the ads, which means lower ad volume, over time.”