The Company Behind Fortnite Is Now Valued at Over $17 Billion 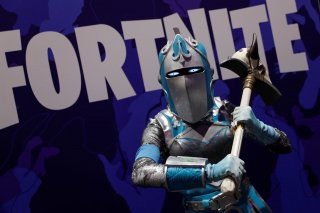 Epic Games, the company behind the popular video game Fortnite, announced Thursday that it has closed a funding round that brought in $1.78 billion, which gives the company a new valuation of $17.3 billion.

It was announced earlier this summer that Sony had invested $250 million in the company, and they were joined in the funding round by, per a press release, “Baillie Gifford, funds and accounts managed by BlackRock, Fidelity Management & Research Company LLC, Lightspeed Venture Partners, Ontario Teachers’ Pension Plan Board, funds and accounts advised by T. Rowe Price Associates, Inc., and David Tepper.”

KKR and Smash Ventures also added to their previous investments. The Sony investment, per VentureBeat, did not confer any exclusivity for that company.

Epic Games, unlike many companies that pull in that level of funding, is not a newish startup. The company’s life dates back to the early 1990s, and its founder, Tim Sweeney, remains the CEO. In addition to its games, Epic created the Unreal Engine, which is used in the development of new games. Epic also operates the Epic Games Store and Epic Online Services.

But the arrival of “Fortnite,” in 2017, has brought the company to new heights. The game, which is free to play but offers in-app purchases, has begun hosting “events,” including everything from concerts to showings of Christopher Nolan movies. The game has also announced partnerships with smartphones, including with OnePlus’ smartphones.

“Fortnite” was the top-earning game in 2019, with about $1.8 billion, even though it pulled in less than it had the year before, according to research firm SuperData.

Sweeney remains in control of the company. Chinese tech conglomerate Tencent, in 2012, paid $330 million for a 40% stake in Epic Games.

“Having the support of leaders in the financial community accelerates Epic’s efforts to build a new kind of digital ecosystem using real-time 3D technology, services that connect hundreds of millions of people, and a digital storefront that offers a fair business model,” Sweeney said in a statement. “We are delighted to have them as part of the Epic family.”