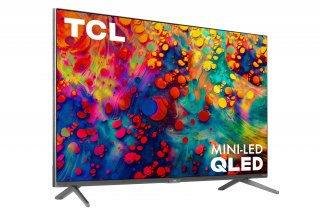 Leichtman Research Group, Inc. (LRG)’s quarterly report about cord-cutting has been released, and the firm found that the top pay-TV providers lost 1,230,000 net video subscribers in the second quarter of 2021.

The total number of subscribers of the firms included in the report—which represent five percent of the overall market—is now 77.6 million. Of those, 42.6 million are of cable companies, the “other” category (satellite and telecommunications) has 28.2 million subscribers, and the vMVPD category has 6.8 million subscribers.

In the vMVPD category, Hulu + Live TV lost 100,000 subscribers, following the service’s price hike, although Sling TV and Fubo TV both posted gains, of 65,000 and 91,000, respectively. Google did not release subscriber figures for YouTube TV, nor did Philo TV for its service.

The numbers were based on publicly released figures by the companies from when they released their quarterly earnings.

Leichtman's was one of two major cord-cutting reports issued on Tuesday. According to Variety, the pay-TV audience has lost a full twenty-five percent of its subscribers since 2016.

“The line has been crossed. While the inexorable decline of U.S. Pay-TV has continued every quarter since 2016, the most recent results—as of June 30, 2021—mark a watershed moment: MVPD subscribers are now twenty-five percent below where they were in Q1 2016,” Variety said in the report.

Variety sees the overall current subscription universe as 63.6 million for traditional pay-TV and 11.7 million for the vMVPD universe, for a total of 75.3 million. Leichtman lists 77.6 million, but the two are not necessarily counting all the same companies.