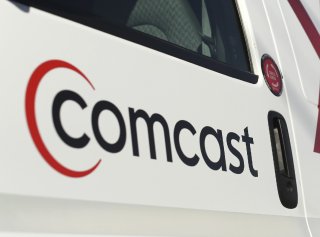 It’s well-known that major providers lost a great deal of cable customers in 2020, as the pandemic brought existing trends into overdrive. But at the same time, those same companies added millions of broadband customers.

Now, we have a number of exactly how many it added.

According to a new report from the Leichtman Research Group, Inc., the largest providers in the United States added 4,860,000 net additional broadband Internet subscribers in the full year of 2020, compared to a gain of 2,550,000 subscribers the year before. It was the most broadband subscribers added by the industry in any year since 2008.

The total covers about 96 percent of the total market in the United States.

Of the companies included in the report, Charter added the most last year, with 2.2 million net adds, with Comcast close behind with 1.97 million added. However, Comcast still has the most broadband subscribers, among the companies listed, as of the end of the year, with 30.6 million, followed by Charter with 28.8 million.

All eight of the cable companies listed added broadband subscribers in 2020, with the cable firms Cox, Altice, Mediacom and Cable One all adding subscriber numbers in the low six figures.

Of the four largest wireline phone companies, only Verizon added broadband customers in 2020, gaining a total of 173,000. AT&T lost 5,000 net subscribers, while CenturyLink and Frontier each lost over 100,000. Windstream added 60,000 broadband subscribers.

“With the impact of the coronavirus pandemic, there were more net broadband additions in 2020 than in any year since 2008,” Bruce Leichtman, president and principal analyst for Leichtman Research Group, Inc., said in a press release. “The top cable and Telco broadband providers in the U.S. cumulatively added about 4,860,000 subscribers in 2020, compared to about 5,100,000 subscribers in 2018 and 2019 combined.”

Leitchman Research Group has not yet released its totals for pay-TV subscribers gained and lost for the fourth quarter or the full year.

A report earlier this week by Parks Associates found that twelve million American households have “cancelled their home broadband service and use only mobile broadband for their internet needs,” although that survey did not specifically state that those cancellations happened in the last year, or within any particular time period.

High cost was the main reason for getting rid of broadband, followed by slow service speeds, unreliable service, and poor customer service.

“Service providers can deploy a number of strategies, including increasing speed and delivering a device that improves Wi-Fi coverage, in order to protect their customer base,” Kristen Hanich, senior analyst for Parks Associates, said in the press release.