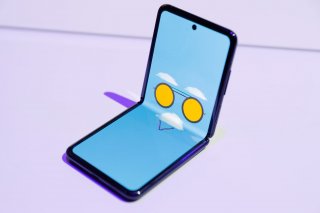 Between the coronavirus’ effect on the global supply chain and the resulting lowered demand, global sales of smartphones plunged more than 20 percent in the first quarter, according to numbers released this week by Gartner Research.

In terms of market share, Samsung was once again first, with 18.5 percent of the global market share, followed by Huawei with 14.2 percent and Apple with 13.7 percent. Xiaomi and Opportunity rounded out the top five.

Samsung sold around 55 million units in the quarter, according to Gartner, compared to 42.5 million for Huawei, just shy of 41 million for Apple and just under 28 million for Xiaomi.

Nearly all of those brands posted big sales declines compared with the same period in 2019, with the exception of Xiaomi, which actually rose slightly, based on the strength of its Redmi devices, which are popular in China.

“The coronavirus pandemic caused the global smartphone market to experience its worst decline ever,” Anshul Gupta, senior research analyst at Gartner, said as part of the announcement. “Most of the leading Chinese manufacturers and Apple were severely impacted by the temporary closures of their factories in China and reduced consumer spending due to the global shelter-in-place.”

While Samsung posted a 22.7 percent decline in sales, it remained number one, and the news could have been worse for the South Korean giant.

“COVID-19 negatively impacted Samsung’s smartphone sales during the quarter. However, the decline could have been much worse,” Gupta said in the release. “Its limited presence in China and the location of its manufacturing facilities outside of China prevented a steeper fall.”

As for Apple, its sales were also affected by both Apple Store closures and supply constraints. While Apple no longer announces quarterly sales of specific products the company, Gartner estimated, sold 41 million iPhones in the first quarter.

Another study put out last week, from Omdia, found that Apple had sold 19.5 million iPhone 11 phones in the first quarter, making that the most popular smartphone in the world. Samsung’s Galaxy A51, meanwhile, was the top Android smartphone in the quarter.

“Apple had a strong start to the year thanks to its new product line up that saw strong momentum globally,” Gartner vice president Annette Zimmerman said in the announcement.

“If COVID-19 did not happen, the vendor would have likely seen its iPhone sales reached record level in the quarter.”