Why the iPhone 11 Is Now the World's Most Popular Smartphone 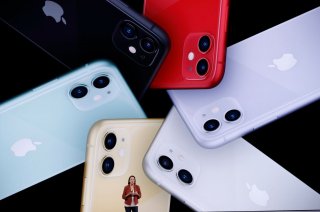 This time last year, an Apple iPhone was the top smartphone in the world, with a Samsung Galaxy model in second place.

That’s still the case now, except that different phones have taken those spots.

According to Omdia’s Smartphone Model Market Tracker Q1’20, which has been cited by various media outlets, the iPhone 11 was the top smartphone in the world in the first quarter, with 19.5 million units sold.

That phone, which was introduced last fall, was #1 by a factor of more than three, ahead of Samsung’s Galaxy A51 (6.8 million). A pair of Xiaomi phones, the Redmi Note 8 and Redmi Note 8 Pro, were third and fourth, with the iPhone XR fifth.

That last phone was the #1 smartphone in the world in the same quarter a year earlier, when it was followed by Samsung’s Galaxy J4 Plus, with the iPhone 8 third.

In the first quarter of 2020, all four current iPhone models cracked the top ten, while in the 2019 version, the iPhone XS and XS Max were not in the top ten.

According to the research, the iPhone 11 succeeded in balancing affordable pricing with features, with its dual-camera setup representing huge appeal. And these sales numbers were achieved despite the coronavirus pandemic.

“For more than five years—even amid shifting conditions in the wireless market and the global economy—one thing has remained consistent in the smartphone business: Apple has taken either the first or second rank in Omdia’s global model shipment ranking,” said Jusy Hong, director of smartphone research at Omdia.

“Apple’s success is the result of its strategy to offer relatively few models. This has allowed the company to focus its efforts on a small number of products that appeal to a broad selection of consumers and sell in extremely high volumes.”

The numbers also found that Samsung’s Galaxy S20+ was the top 5G phone globally in the first quarter, with 3.5 million units, followed by a pair of Huawei models, the Mate 30 5G and Mate 30 Pro 5G. Two more Samsung phones, the Galaxy S20 5G and Galaxy S20 Ultra 5G, were fourth and fifth.

A different survey this month, from Strategy Analytics, had found that Samsung dominated sales of 5G smartphones worldwide in the first quarter, with 8.3 million sold.