Could This Be the Last Year of NFL Sunday Ticket on DirecTV? 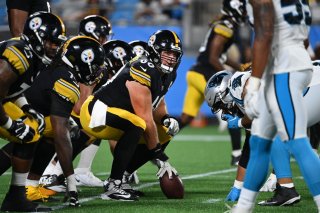 The NFL season is about to begin, with a full slate of games on Sunday, September 12 following the Thursday night “kickoff game.” Also, this year, as it has since 1994, the slate of Sunday games will be available on the NFL Sunday Ticket package, which is exclusive to DirecTV.

With AT&T spinning off DirecTV earlier this year, there has been continued speculation that DirecTV may lose its exclusivity on the package, which is believed to run out after the 2022 season. It’s not clear where the negotiations are, but Amazon and Apple are expected to bid on the rights, along with established NFL broadcast partners like Disney/ABC and Comcast/NBC. However, DirecTV is said to have some chance of keeping at least a piece of the package, especially now that AT&T is no longer in complete control of the satellite broadcaster.

Reports earlier in the year listed Amazon as the favorite to grab the Sunday Ticket rights, and earlier this year, Amazon obtained the exclusive rights to the Thursday Night Football package, while more streaming ability was built into the other parts of the package. Peacock, for instance, will offer streaming of NBC’s Sunday Night Football games, when it did not previously. That will also include playoff games, including years when NBC has the Super Bowl.

In addition, Tubi, the free streaming service owned by the parent company of Fox, will offer “condensed” versions of NFL games, although not the live games themselves. And the ESPN+ streaming service will offer a simulcast of Monday Night Football, as well as other games to which ABC and ESPN hold the TV rights.

Sportico, meanwhile, reported this summer that the DirecTV rights have been a money loser for the broadcaster in recent years, complicating the question of whether the company will keep the rights.

As for this year, TV Answer Man reported this week that DirecTV’s longtime custom of offering a free preview of Sunday Ticket in Week 1 of the NFL season will continue under DirecTV’s new ownership.

“The free preview will be for the Max edition, which means it will include all the out-of-market games as well as features such as the Red Zone Channel, the Fantasy Zone channel, and Game Mix which offers up to eight games on one screen at the same time,” the TV Answer Man site said.

There is also the streaming version of Sunday Ticket, which is only available to a limited audience, including college students, in those areas where DirecTV is not available.