Will DirecTV Keep NFL Sunday Ticket After All? 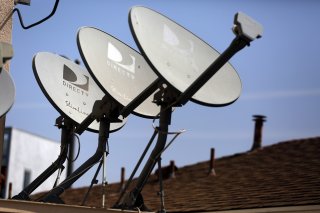 Earlier this week, AT&T’s long-awaited spinoff of DirecTV was finally completed, with the satellite broadcaster officially becoming a standalone company, albeit one in which AT&T continues to own a majority stake.

Attention will next turn to NFL Sunday Ticket, the NFL’s package of out-of-market games, for which DirecTV has held the exclusive rights since 1994. That contact is expected to run out after the 2022 season, and NFL commissioner Roger Goodell has indicated that DirecTV is unlikely to continue to hold that exclusive.

However, a report this week indicates that, after the spinoff, DirecTV has a better chance to keep at least a share of Sunday Ticket than it did before.

According to a social media post by John Ourand of Sports Business Journal, the arrival of New DirecTV has improved DirecTV’s chances.

“The NFL doesn’t like AT&T. And AT&T doesn’t like the NFL,” Ourand’s said in a social media post on Twitter. “As long as AT&T controlled DirecTV, it was unlikely unthinkable-that the two would come to an agreement on an ‘NFL Sunday Ticket’ renewal at the end of next season.”

However, DirecTV’s new independence means that it is now “firmly in the mix” for the Sunday Ticket rights. The formal negotiations have not yet begun.

DirecTV is expected to be an “aggressive bidder” for the exclusive rights to the package, although DirecTV’s best bet is if the NFL allows multiple outlets to carry the NFL Sunday Ticket package, according to Ourand.

Sportico reported earlier this week that the Sunday Ticket package has been a money loser for DirecTV of late.

“While the out-of-market NFL package has been a key differentiator in DirecTV’s battle with rival satellite operator Dish Network, it’s been hemorrhaging money for years,” the Sportico piece said. “When DirecTV renewed its Sunday Ticket deal in October 2014, it agreed to a fifty percent rate increase, signing off on a commitment to pay the league an average fee of $1.5 billion per year through the end of the 2022 season.”

Several tech companies have been mentioned as potential bidders for the Sunday Ticket package, including Apple and Amazon, as well as Disney/ESPN and Comcast/NBC. It’s very possible that the NFL could spread the rights among multiple companies, and allow customers of, say, both DirecTV and Amazon sign up for the out-of-market package.

The NFL recently announced a renewal of its regular TV rights, with the league’s current partners all re-upping. Fox and CBS will continue to hold the Sunday afternoon packages, with NBC continuing to air Sunday Night Football and ESPN Monday Night Football. The differences are, there will be greater streaming availability than before, while Amazon will exclusively air the Thursday Night Football game.