Could the Government Pay for Your Internet? What the “Emergency Broadband Benefit” Can Do For You 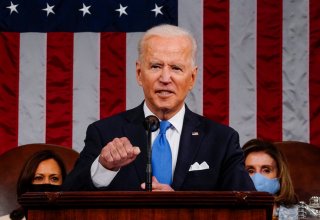 From its actions over the past four months, the Biden administration has shown its intention to expand America’s social safety net and increase spending on lower-income Americans. Measures like the increase in the Child Income Tax Credit and the administration’s proposal for free pre-K education and community college, among others, are targeted towards helping the poorest Americans.

At the same time that many of Biden’s other programs have been rolled out, the FCC has introduced the “Emergency Broadband Benefit” program to help poor families pay for electronics and internet service. The importance of such a program was debated well in advance of the COVID-19 outbreak, but there is little question that the pandemic has increased the Internet’s importance over the past year.

Through the FCC’s program, certain qualifying families – mostly low-income ones – can receive up to $50 per month towards paying for broadband Internet, as well as for associated equipment. This fee is increased to $75 per month for qualifying families on Native American tribal lands. Even at $50 per month, the benefit amounts to a $600 annual subsidy for Internet costs – effectively another miniature stimulus check, of the same amount as the December 2020 payment.

For the same families, the FCC is also offering a one-time discount of $100 on electronic equipment, including laptops, desktop computers, and tablets.

Unlike the Biden administration’s other social safety proposals – of which the successful ones have been enacted through the American Rescue Plan Act of March 2021, and future ones have been included in the president’s upcoming American Jobs Plan and American Families Plan proposals – the FCC funds have been made available through the Consolidated Appropriations Act for 2021, approved in December 2020 at the end of the Trump administration. (Expanded access to broadband internet was previously a goal of the CARES Act, the Trump administration’s COVID-19 relief bill.) The funding was provided in December; the program guidelines were established starting in February 2021, and families have been able to apply for funding since May 12, 2021.