Could OLED HDTV Displays of the Future Be Made From Human Hair? 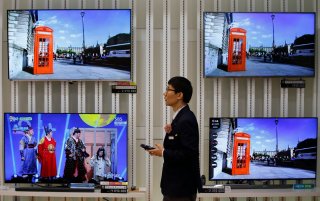 Human hair has more potential users than you’d think. And one of them, in the future, could be the production of OLED displays for smart devices.

That’s the result of an unlikely partnership between Australia’s Queensland University of Technology (QUT) and a nearby barbershop, as laid out in a recent blog post.

The team has “developed a method of turning the small hair strands into carbon nanodots, which are tiny, uniform dots that are one-millionth of a millimetre.”

This involved what the researchers described as a two-step process, which entailed “breaking down the hairs and then burning them at 240 degrees Celcius.” They demonstrated the process in a video.

The scientists have published their research in the journal Advanced Materials, in a study called “Biowaste‐Derived, Self‐Organized Arrays of High‐Performance 2D Carbon Emitters for Organic Light‐Emitting Diodes” The study describes the project as “the first example of human hair waste being turned into highly luminescent carbon nanomaterial from which flexible light-emitting devices were fabricated.”

So will hair be the source of big OLED TV screens? That’s unlikely.

“Human hair derived carbon dot-based organic light-emitting devices could be used for some indoor applications such as smart packaging,” Professor Sonar said in the researchers’ blog post. “They could also be used where a small light source is required such as in signs or in smart bands and could be used in medical devices because of the non-toxicity of the material.”

The application possibilities for the Internet of Things is much more promising, it appears, and the researchers are looking into whether they may be able to try the same thing with animal hair.