Own an OLED 4K HDTV? Stop Watching and Tweak These 5 Settings Now 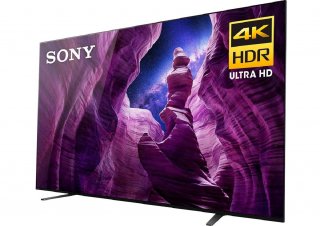 You finally made the splurge and got yourself that OLED HDTV you’ve been long dreaming about.

Now, with this amazing panel in your possession, you want to have all of the settings on the perfect numbers so that your new TV can show the best picture possible.

Yes, it is indeed an admirable mission, but know that it can be a bit tricky, as your particular room’s ambient lighting will likely dictate what those settings will be. Of course, there is a wide range of personal preferences as well.

The first setting you need to change on any HDTV is to turn down the sharpness, which counterintuitively, will actually improve the images on the screen. Many people believe that if you raise the sharpness control, you’ll receive a sharper picture—but that is far from the truth. The problem lies in the fact that the sharpness control itself doesn’t do anything to boost detail—instead, that particular detail is often masked by an artificial-looking enhancement. Just turn the sharpness level all the way down, and you should immediately see a noticeable difference.

Second, be sure to head over to the settings for picture presets. Just note that the exact names may vary slightly between manufacturers, but try to stay away from the Vivid/Dynamic option because it’s generally best as a showroom setting. As for the Movie/Cinema mode, this always needs a room that’s perfectly dark, so only choose this if you can swing this type of viewing environment. Mostly likely, your best bet is the Standard/Natural option, and that should get you set up for more detailed efforts in tweaking your settings later on.

Next on the list is to always keep a close eye on the brightness level. Always having your OLED TV on peak brightness will only make the screen more susceptible to those pesky issues of image retention and burn-in, with the latter being permanent damage and obviously something you want to avoid if you have a desire to protect your expensive investment. For LG OLED TVs, it is genrally recommended that the light setting should be between the 45 and 50 range.

In staying with that seemingly unsolvable burn-in issue, make sure to keep active user settings like LG’s “Screen Shift” and Sony’s “Pixel Shift,” as they can be useful in preventing burn-in by moving images slightly around the screen. Starting with the 2018 OLED offerings from LG, there is another feature called “Logo Luminance Adjustment,” which has been designed to automatically identify static on-screen logos. If detected, the TV will decrease the logo’s brightness by 20 percent after two minutes.

Finally, if you’re a diehard gamer, be sure to set your OLED TV to Game mode before you grab your controller. It might not seem much, but this will surely enhance your overall gaming experience. Take note that motion-smoothing settings like TruMotion, which is a major source of input lag, should not be used while gaming. You can also probably ignore the Sports mode as well, because that particular setting is generally reserved for larger viewing environments like sports bars.