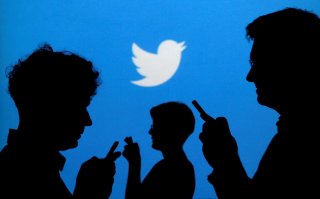 Twitter, for as long as it’s existed, has been free to use. In fact, it’s become a cliché on the social network for users to post particularly crazy discussions and exchanges, along with the caption “this website is free.”

Is there a chance it might one day not be so free? There’s indication of that—and it was enough to send Twitter’s stock price soaring on Wednesday.

Per CNBC, the company posted a job listing this week that strongly indicated some type of subscription product is on the horizon.

“We are building a subscription platform, one that can be reused by other teams in the future,” the ad said, per CNBC. “This is a first for Twitter! Gryphon is a team of web engineers who are closely collaborating with the Payments team and the Twitter.com team.”

Twitter went on to edit the job listing, but not before its stock surged more than 7 percent on speculation that a new revenue stream is on the way for the company. The stock, which had been traded in the $33 a share range the day before, jumped as high as $36.43 during the way Wednesday, and had dipped only to $35.41 as of Thursday morning.

It’s not clear if Twitter would go to an entirely subscription-based model, add a paid tier, or create some separate product, away from the main Twitter service.

Twitter’s market cap, as of Thursday morning, is about $27.8 billion.

CNBC also speculated that Twitter’s performance may have been strengthened by the comments by Secretary of State Mike Pompeo that the Trump Administration is “looking at” at a ban on the social media app TikTok.

Twitter has found itself at the center of a variety of controversies in recent months. In June, the company began putting fact-checking warnings on some of President Trump’s tweets, something it had resisted doing up until that point.

Trump, who famously used his Twitter following to propel his rise to the White House, responded with an executive order aimed at limiting the influence of Twitter and other social media companies, but most observers concluded that the order was probably unconstitutional.

Twitter’s CEO, Jack Dorsey, vowed earlier this spring to donate a third of his wealth to coronavirus relief.