COVID-19: NFL Stadium Being Cleaned with Drones Ahead of Return of Fans 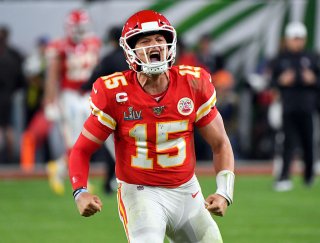 The NFL, like most American professional sports leagues, is moving through the coronavirus pandemic the best they can. Most games have been played without fans, while a few teams have allowed a limited capacity of spectators into the games. The league suffered a setback this week when some players with the Tennessee Titans tested positive for the virus, leading their planned game this week against the Pittsburgh Steelers to be postponed until later in the season.

In a press release Thursday, Mercedes-Benz Stadium, the home field of the Atlanta Falcons, announced that they have partnered with a Charlotte-based company called Drone Technologies to help clean the venue, “as part of the stadium’s holistic cleaning protocol.”

They will be put in place prior to the Falcons’ home game on October 11, at which some number of fans will be allowed in the stadium.

The stadium operators had been considering using drones as part of their cleaning prior to the pandemic, but “accelerated the process” once it hit.

How does the process work? According to the announcement, “the drones utilize electrostatic spraying nozzles for even distribution of medical-grade disinfecting chemicals including an inhibitor that prevents harmful bacteria and virus to adhere to surfaces without leaving a residue. In addition, their unique, wrap-around effect helps distribute the disinfectant to hard-to-reach areas.”

“The process of welcoming fans back involves actively listening and responding to their concerns and we understand that proper cleaning and sanitization protocols are top of mind in the current environment.”  Dietmar Exler, COO, AMB Sports and Entertainment, said in the announcement.  “We have worked tirelessly to provide a safe environment for not only our associates, players and staff, but especially our fans.”

This isn’t the first time drones have appeared in a sports stadium this year. In August, a baseball game between the Minnesota Twins and Pittsburgh Pirates at Target Field in Minneapolis was delayed for about five minutes when a drone was spotted overhead of the ballpark. After players in the bullpen reportedly attempted to throw baseballs at it, the drone eventually flew away and the game resumed.

Following another such delay a few weeks later, at Wrigley Field in Chicago, The Athletic reported in September that Major League Baseball was pushing for harder restrictions on drone usage in the area of stadiums.

According to that story, “counter-drone companies caution that it’s dangerous for non-government/military clients to try to interfere with drones or to shoot them down with guns, energy beams, nets and other technology that is currently limited to police, military and other agencies that protect critical infrastructure.”