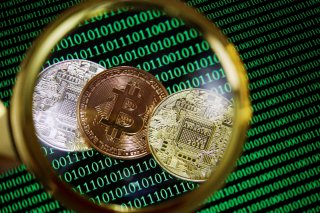 Compound, an online cryptocurrency marketplace, experienced a technical glitch on Wednesday that led to millions of dollars of the company’s holdings being sent out to random users.

The glitch, a bug in a routine update patch, delivered $89 million to the users’ accounts before it was detected and shut off.

Robert Leshner, Compound’s founder, quickly urged users via Twitter to return the money. However, after it was not forthcoming, he threatened to report the recipients to the IRS and make their identities public—a controversial threat, given the usually anonymous nature of cryptocurrency trading. Leshner later walked the comments back, describing them as “boneheaded” and offering alternative means of compensation.

The glitch sent out the money in the form of COMP tokens, which are earned by interacting with the market—typically by lending or borrowing cryptocurrency. COMP functions as a sort of shareholder vote, and people with more of it can help to determine the platform’s procedures. More conventionally, it can be exchanged for dollars; the selling price is currently around $300, down from over $500 in early September.

In an interview with CBS, Leshner said that the COMP that was accidentally distributed had been reserved for future users, describing it as similar to “an endowment for the protocol, to keep it operating for hundreds of years.”

Astonishingly, the COMP fiasco is not the only high-profile accidental giveaway in recent months. Alchemix, a different lending platform, mistakenly forgave nearly $5 million in loans in June; in May, BlockFi, yet another platform, accidentally gave away $10 million.

While cryptocurrency markets have experienced high-profile errors, regular banks are not immune from them, either. In 2020, Citigroup accidentally sent $900 million to the account of cosmetics company Revlon—and, after a court battle, was told that it could not legally demand it back.

In theory, however, the funds involved in the Citigroup-Revlon incident had oversight from the courts, and the transfer could have been reversed if a judge had decided it should be. For cryptocurrency trading, no such override exists; it is impossible for anyone except the tokens’ new owners to return them. While this is appealing to some, it also creates a “Wild West” situation in which legal regulations are unclear or nonexistent.

Still, following Leshner’s requests, around $36 million in COMP tokens had been voluntarily returned as of Tuesday.