Cuties: How Many People Really Cancelled Netflix Over It? 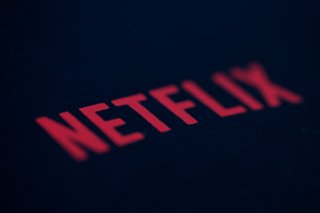 Whether the topic is political bias, controversial content, or something else, social media users are fond of declaring their attention to cancel their cable, a specific cable channel, or even a streaming service. Whether those making such declarations have actually followed through on such threats, on the other hand, is much harder to ascertain. We do know that cancelling an individual cable channel is virtually impossible to do without cutting the cord altogether.

The latest such mass threat came earlier in September, when outrage coalesced around an obscure French art film called Cuties (Mignonnes), which won an award at the Sundance Film Festival in January before its streaming rights were acquired by Netflix.

The film, directed by Senegalese-French filmmaker Maïmouna Doucouré, is about an 11-year-old immigrant girl in Paris who, having been raised in a traditional Muslim household, falls in with a crew of girls her age who perform “twerking” dance routines. The film, which was uncontroversial at Sundance and in its international releases, became hugely controversial when a promotional image used by Netflix was deemed too risqué, and once Cuties actually arrived on the service, it was met with denouncements of the film as “child pornography.”

In addition to calls for former President Barack Obama—who has a production deal with Netflix but otherwise has nothing to do with Cuties—to denounce the movie, U.S. senators demanded federal investigations of the film, and social media campaigns called for users to cancel Netflix.

Did many people actually follow through on their threat to drop their subscriptions?

According to Variety, which cited data by 7Park, Netflix cancellations hit five times their typical “churn rate” in the week following the #CancelNetflix campaign, before returning to their normal rate about a week later. A previous report, from YipItData and also reported on by Variety, found Netflix cancellations briefly hitting eight times the usual rate during the week of the campaign.

Neither firm released raw numbers of exactly how many people cancelled Netflix. And perhaps more importantly, neither firm was operating off of internal data from Netflix. We likely won’t hear any official word about Netflix’s subscriber numbers until the company announces its third-quarter earnings, which is likely to happen in mid-October.

Furthermore, even if Netflix were to announce that it lost subscribers in the quarter, or even that it gained fewer than it hoped to, it wouldn’t necessarily have anything to do with the #CancelNetflix campaign. Netflix said in its second-quarter shareholder letter, released in mid-July, that “we expect less growth for the second half of 2020 compared to the prior year,” especially after the pandemic led to exceptional growth in the first half of the year.