Netflix Added 26 Million Subscribers in First Half of the Year, but Earnings Miss 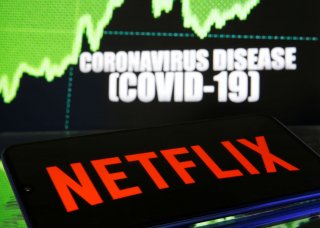 The company added 10.09 million subscribers in the second quarter, which was more than expected. It brought the company’s global subscriber number to 192.9 million.

Netflix reported revenue of $6.15 billion in the second quarter, a gain of nearly 25 percent year over year, although slightly less than the company’s own forecast of $6.3 billion. The company also reported a net income of $720 million, compared with $271 million in the same period last year.

Per CNBC, the company posted $1.59 earnings per share vs. analyst expectations of $1.81, which along with that second-half guidance sent shares dropping after hours.

The other big piece of news from earnings was that Netflix had named Ted Sarandos, its longtime head of content, as its new co-CEO, joining longtime chief executive Reed Hastings. Sarandos will retain his title of Chief Content Officer and will join the company’s board.

“Ted has been my partner for decades. This change makes formal what was already informal—that Ted and I share the leadership of Netflix,” Hastings said in the earnings release.

The company also talked a bit about restarting production of its shows and movies.

“As the world slowly re-opens, our main business priority is to restart our productions safely and in a manner consistent with local health and safety standards to ensure that our members can enjoy a diverse range of high quality new content,” the letter said. “Given the significant differences between countries (e.g., incidence of new Covid-19 cases, availability of testing, government and industry regulations), there is no one-size-fits-all approach, and we’re adapting to local circumstances.”

The company added that in 2021, it expects the paused shows to “lead to a more second half weighted content slate in terms of our big titles, although we anticipate the total number of originals for the full year will still be higher than 2020.”

The company also offered a word about the competition.

“All of the major entertainment companies like WarnerMedia, Disney and NBCUniversal are pushing their own streaming services and two of the most valuable companies in the world, Apple and Amazon, are growing their investment in premium content,” Netflix said. “In addition, TikTok’s growth is astounding, showing the fluidity of internet entertainment. Instead of worrying about all these competitors, we continue to stick to our strategy of trying to improve our service and content every quarter faster than our peers. Our continued strong growth is a testament to this approach and the size of the entertainment market.”