Is a Dish/DirecTV Merger “One Step Closer”? 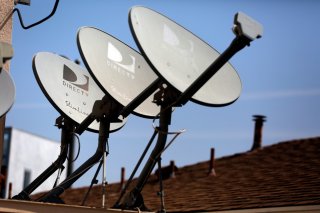 Over the last few years, Dish Network’s chairman Charlie Ergen has stated, on more than one occasion on earnings calls, that an eventual merger between that company and DirecTV is “inevitable.” It hasn’t happened yet, although the companies have come close to merging a couple of times over the years.

Some changes in recent months, however, appear to have made such a combination more likely. Dish Network is pivoting towards wireless, and recently reached a wireless-related deal with AT&T. That very same AT&T, meanwhile, recently spun off DirecTV into a separate entity, one in which AT&T continues to own a majority interest.

Now, a new report indicates that there’s more of a chance for the satellite companies to merge.

According to the report by CTFN, which was cited by Seeking Alpha, the AT&T spinoff of DirecTV has removed a “major hurdle” in the way of a combination. The CTFN story also quoted “a source close to Dish,” and argues that “merger of some sort appears to be an eventuality.”

The piece also said that another hurdle long in the way of a merger, that many in rural areas depend on the satellite broadcaster, is less of an issue now, due to changes in broadband spending-including some likely to be brought about in the new infrastructure deal.

“The question now, CTFN says, is whether the eventual merger will happen before or after the bankruptcy of the legacy companies amid waning satellite business,” Seeking Alpha said.

“In terms of DirecTV and Dish, I mean obviously, I've said it the last year, I think that those two companies go together, that's inevitable,” Ergen said, per the Motley Fool transcript of the call.

“Really, if there is another party involved in terms of TPG, so whether that's positive or negative, I don't know, but from a regulatory point of view, obviously it is less and less reality to objections to it, because obviously the—hundreds of billions of dollars of broadband deployment and continued competition from the programmers themselves in the marketplace. So I think that's just—we'll just have to wait and see whether there is a desire on their base part to do that but I think it's a timing issue more than anything else.”

Another report earlier this week indicated that Dish and DirecTV’s physical satellites are older and likely not in great shape.

“To dwell on whether a given quarter’s subscriber losses are a little better, or a little worse, than expected, or than last quarter, is to miss the point,” a research note from Craig Moffatt said. “We are witnessing the long, slow goodbye of satellite TV. The terminal value of a satellite TV platform with neither satellites nor subscribers is, quite obviously…zero.”