Disney+’s ‘The Falcon and the Winter Soldier’ Delayed to 2021 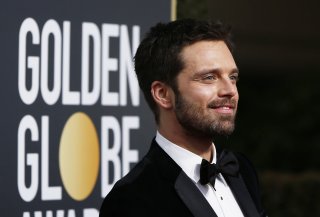 Disney+, in a subtle change on its website Monday, confirmed that The Falcon and the Winter Soldier, a streaming spinoff of the Marvel Cinematic Universe movies, will not debut this year, and will instead come to the streaming service in 2021.

CNET, among other websites, noticed that the series is now listed as arriving next year rather than this year.

The series, which had its production delayed due to coronavirus, which originally expected later this year, and while it recently resumed production, The Falcon and the Winter Soldier was originally scheduled to premiere in August, although Disney said earlier this summer that it wouldn’t be making that date.

The Falcon and the Winter Soldier, as the title should make clear, covers the further adventures of Sam Wilson/The Falcon (Anthony Mackie) and Bucky Barnes/The Winter Soldier (Sebastian Stan), following the events of 2019’s Avengers: Endgame. At the end of that film, an elderly Steve Rogers (Chris Evans) handed off the Captain America shield to Sam Wilson.

The first MCU-based Disney+ show, WandaVision, which features Elizabeth Olson’s  Wanda Maximoff / Scarlet Witch character, is still on track to arrive this year, with the six-episode season arriving in December. Disney has also announced series based on Hawkeye (Jeremy Renner) and Loki (Tom Hiddleston), the villain character who died in one of the MCU movies but was brought back due to time travel machinations in Endgame.

Marvel’s big-screen efforts have also seen coronavirus-related delays. The Black Widow movie, starring Scarlett Johansson, was originally scheduled to come out in May, but was later delayed to November, and with customers staying away from reopened movie theaters in droves, there’s a chance it could be pushed back yet again.

Three MCU movies—Eternals, Shang-Chi and the Legend of the Ten Rings, and an untitled Spiderman sequel—all currently have planned release dates in 2021, although it remains possible they will be delayed as well. Those films, along with the Disney+ shows and 2022 sequels to “Thor” and “Doctor Strange,” all comprise Phase Four of the MCU.

Disney+ subscribers will have one big original series to look forward to in October—the second season of the Star Wars associated TV series The Mandalorian, which was finished prior to the coronavirus shutdowns, and will arrive on the streaming service October 30. Disney has also announced a LEGO-based version of the Star Wars Holiday Special, later this year.