Disney+ Has Reached 73.7 Million Subscribers in Its First Year 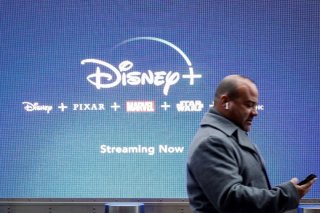 In its quarterly earnings this week, which coincided with the first anniversary of the launch of Disney+, Disney said that its Disney+ streaming service has reached nearly seventy-four million subscribers in year one. That number is through the end of the third quarter and does not include subscribers added between the end of October and today.

The company also said that Hulu + Live TV has reached 4.1 million subscribers, which is a 41 percent jump over the same time the year before. That’s the most for any vMVPD service, with YouTube TV second with about 3 million.

As of the end of June, Disney had 57.5 million subscribers to Disney+, and just over one hundred million total for its three main streaming services, Disney+, Hulu and ESPN+.

The announcement came as Disney announced earnings for the quarter. The company posted a loss, of around twenty cents per share, although that was much less than the analyst consensus that the company would lose seventy-one cents per share, per CNBC.

Disney also reported revenue of $14.71 billion, which was also ahead of expectations, although the company had earned $19.1 billion in revenues in the third quarter of 2019.

“Even with the disruption caused by COVID-19, we’ve been able to effectively manage our businesses while also taking bold, deliberate steps to position our company for greater long-term growth,” Bob Chapek, the chief executive officer of The Walt Disney Company, said in a statement.

“The real bright spot has been our direct-to-consumer business, which is key to the future of our company, and on this anniversary of the launch of Disney+ we’re pleased to report that, as of the end of the fourth quarter, the service had more than 73 million paid subscribers—far surpassing our expectations in just its first year.”

The company had announced a restructuring, during the quarter, which would emphasize Disney+ and its other streaming products.

Once again, the company’s Parks, Experiences and Products segments were most affected in the quarter, as movie theaters remain mostly empty, while the company’s theme parks are either closed or operating at limited capacity. On the company’s earnings call, per tweets from analysts, Chapek assailed the state government of California for refusing to allow Disneyland to reopen.

Chapek also said on the call that Disney’s gambit in which they released Mulan as a $30 premium video-on-demand add-on may be tried again with other movies, although there’s been no announcement about it being used for any particular movie. The Pixar movie Soul lands on Disney+ in December.

Shares for Disney stock rose in after-hours trading after the numbers were announced, CNBC reported.