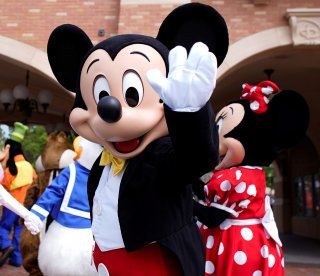 The Walt Disney Company may have lost nearly $5 billion in the second quarter, but there was positive news for the company when it came to growth in its streaming properties.

In its earnings announcement Tuesday for the second quarter, Disney revealed that it has crossed the 100 million subscriber number, in total, for its three streaming services, Disney+, Hulu, and ESPN+, combined with its vMVPD, Hulu + Live TV. As of the end of June, Disney+ had 57.5 million subscribers, Hulu had 32.1 million for its subscription streaming service, while ESPN+ had 8.5 million.

Meanwhile, the total number of subscribers to Hulu + Live TV was 3.4 million, up from 3.3 million, which was the number at the end of the first quarter. That service has been adding about 100,000 subscribers each quarter, while some of its rivals have lost subscribers.

About eight months after the launch of Disney+, Disney’s total streaming subscribers are now at about half of those of Netflix, which had 190 million subscribers as of the most recent quarter.

The Disney+ number likely would have been even higher, but the quarter ended June 27, a few days before “Hamilton,” which likely spurred major signups for the service, debuted on Disney+ on July 3. In a rare move, Disney illustrated its investor relations website with a picture from the popular musical movie.

The streaming numbers were a bright spot for the company, which once again did not release any theatrical movies and whose theme parks remained closed for most of the quarter and, leading to huge losses.

Revenue fell 42% in the quarter over the same period last year, as the company posted $11.78 billion in revenue. The theme park business posted revenue of less than $1 billion, after posting $6.58 billion in the second quarter of 2019.

“Despite the ongoing challenges of the pandemic, we’ve continued to build on the incredible success of Disney+ as we grow our global direct-to-consumer businesses,” Bob Chapek, Chief Executive Officer of The Walt Disney Company, said in the earnings announcement. “The global reach of our full portfolio of direct-to-consumer services now exceeds an astounding 100 million paid subscriptions—a significant milestone and a reaffirmation of our DTC strategy, which we view as key to the future growth of our company.”