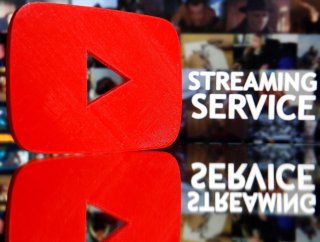 As cord-cutting has accelerated over the last few years, one category of home entertainment option has emerged as an attractive alternative to cable for those not seeking to eliminate bundles altogether: The vMVPD (Virtual Multichannel Video Programming Distributor) sector, which includes the likes of Hulu + Live TV, YouTube TV, FuboTV, and Sling TV. Such services are a way for consumers to get rid of their cable bill while keeping such things as local TV channels and sports channels, the way they wouldn’t if they merely went from cable to only Netflix and Disney+.

However, 2020 so far has seen some developments that have raised questions about the future of this category. First, Sony discontinued its service, PlayStation Vue. Moreover, in the first quarter, several services announced that they had lost subscribers. And more recently, some of the services, including YouTube TV, have announced price increases for their bundles.

A new analyst report paints a bleak future for the VMPVD category.

“While all the consumer research suggested there was real demand at sub $40 prices, the consolidation of the media sector, which re-created big TV bundles, and the high annual escalation of programming costs worked in tandem to create a massively unprofitable business with increasingly limited consumer demand,” wrote Michael Nathanson, of the media analyst firm MoffettNathanson, in a report cited by Fierce Video. “As prices rise, say [goodbye] to those empty calories of vMVPD subscriber growth.”

In June, YouTube TV, which finally added the channels from ViacomCBS that had been missing since its national launch in early 2019, announced a $15/month price increase, which caused its mostly cost to surge 30 percent. Nathanson’s report indicated that YouTube TV pays $61 per month per customer in content costs, meaning that its profit margin is slim.

FuboTV also raised prices while adding channels from Disney, but also subtracted ones from Turner. Dish-owned Sling TV, earlier this month, pledged to not raise prices for a year, although it did raise them last year. The Nathanson report went on to predict that fewer people getting rid of cable will go the vMPVD route in the future.