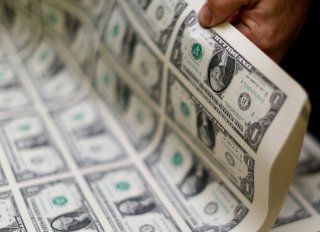 Google on Tuesday announced some good news and bad news for its YouTube TV subscribers. On the one hand, the long-awaited ViacomCBS channels that had been missing from the service since its national launch, including  Comedy Central, MTV, Nickelodeon, and Paramount Network, are now finally available on the service.

The bad news? It's going to cost quite a bit more.

In a blog post, the company announced that it is raising prices for YouTube TV, to $64.99 a month. This is, per TV Answer Man, a 30 percent increase from $49.99, an unusually large one-time price hike by the standards of the streaming world.

The new price is in effect immediately for new customers, but while existing customers "will see these changes reflected in their subsequent billing cycle on or after July 30."

"We don’t take these decisions lightly, and realize how hard this is for our members," Christian Oestlien, YouTube TV's Vice President of Product Management, wrote in the blog post. "That said, this new price reflects the rising cost of content and we also believe it reflects the complete value of YouTube TV, from our breadth of content to the features that are changing how we watch live TV."

YouTube TV, which launched nationally in early 2019 following two years of regional availability, had never made the Viacom channels available until now, although the companies announced in early May that they had reached an agreement to add those channels, at an undetermined time this summer.

That arrival, contrary to the wishes of some vocal fans on social media, did not come in time for the season premiere earlier this month of the Paramount Network series "Yellowstone."

Google's service is a "vMVPD"- a virtual multichannel video programming distributor- and its competitors include Hulu + Live TV, Sling TV, and Fubo TV.

YouTube TV is thought to be one of the only pay-TV providers that gained subscribers in the first quarter of 2020, although there's a chance to price hike will cause some to drop the service. The blog post, in fact, even included a link for instructions in how to unsubscribe.