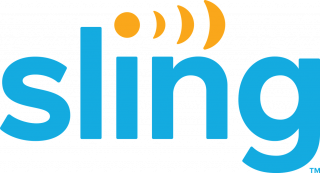 In the last twenty-four hours, two different virtual multichannel video programming distributors, YouTube TV and Fubo TV, have announced that they’re raising their prices. Both made the announcement in connection to the addition of new channels, with YouTube TV having added ViacomCBS’ channels and Fubo TV adding Disney’s next month (while subtracting the Turner networks.)

Now, one of their rivals, Dish-owned Sling TV, has vowed to not raise prices for the next year.

Sling TV, on their website Wednesday, announced a 1-Year Price Guarantee, for all new and existing customers. For existing customers and those who sign up by August 1, Sling TV “will automatically guarantee their current price on any SLING TV service through August 1, 2021,” the company said. Sling TV, also unlike its rivals, announced neither the addition nor the subtraction of available channels.

“In the current economic environment, many Americans are taking a hard look at their budgets. SLING TV knows how difficult it can be to see any bill go up while trying to make ends meet or saving for the future,” the announcement, by “Sling Staff,” said.

“We believe now is not the time to make our customers choose between staying informed and entertained, and putting dinner on the table. Our hope is this 1-Year Price Guarantee will bring a sense of much needed stability in a time that feels uncertain to us all.”

Sling TV is also offering a fourteen-day free trial to its customers, through July 6, and also a “Free Locals Solution,” which means that those who sign up and pre-pay for three months will receive an AirTV 2 with an OTA antenna, allowing users free over-the-air television.

The announcement comes nearly a month after Dish announced that it was replacing Sling TV’s president. Warren Schlichting departed the company after three years in charge of Sling TV and was replaced by Michael Schwimmer.

This came after, per, Leichtman Research Group, Sling TV lost around 281,000 subscribers in the first quarter of 2020. This was the third-highest loss among pay-TV providers, behind only DirecTV and Comcast.