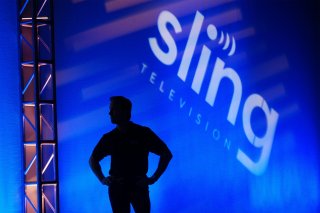 Pay-TV has continued to suffer in the cord-cutting era, and one of the services doing the worst is Sling TV, the vMVPD (Virtual multichannel video programming distributor) owned by Dish Network.

Sling TV, according to figures released last month by Leichtman Research Group, lost 281,000 subscribers in the first quarter. This was the third most of any of the major pay-TV services, behind only DirecTV and Comcast. Dish's core Dish TV business lost subscribers as well.

In the quarter, Sling TV's losses accounted for the majority of the net 320,000 lost across the vMVPD sector, which also includes such services at YouTube TV and Hulu+ Live TV.

Now, the president of the Sling TV business, Warren Schlichting, has departed the company as part of a wider shakeup, Dish announced Monday. Schlicting had been in that position since 2017.

Per Engadget, Sling TV raised its prices in December, which helped precipitate the subscriber losses.

The shakeup indicates that Dish is emphasizing its wireless business and its plans to build a 5G network, with T-Mobile veteran joining the company as executive vice president of network development, and John Swieringa being named group president for retail wireless.

While Sling TV has struggled of late, it was not all that long ago considered an innovative and cutting edge product. The service was introduced at CES in January of 2015, and dominated that year's Best of CES awards, winning both the Best of the Best Award and the Best Home Theater Product and Best Software honors.

"Endlessly frustrated with the state of television and the lack of choices you have about where and how you get to experience it?," Engadget senior editor Richard Lawler wrote at the time. "Of course you do, along with everyone else -- and Sling TV is the first non-traditional alternative that looks like it could really work."