Don't Count the PC Out Just Yet (Sales Keep Going Up) 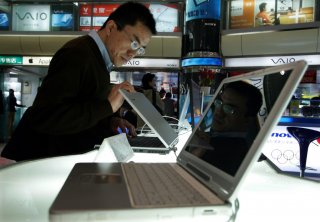 Shipments of PCs surged last year, once Americans realized they would be stuck at home for a long time. Now, in 2021, those shipments have surged even more.

According to a release this week by research firm Canalys, the PC market in the United States grew seventeen percent year-over-year in the second quarter, with total shipments rising to 36.8 million units. Shipments of notebook computers rose by twenty-seven percent, desktops jumped twenty-three percent, and tablets were mostly flat, dropping one percent.

“It is clear now that pandemic-related use cases will extend well into the future,” Brian Lynch, Research Analyst at Canalys, said in the release. “This points toward a significant refresh opportunity in the future—fantastic news for PC vendors and their channel and ecosystem partners. The commercial and education segments have exploded, triggering tremendous refresh potential. The US economy has bounced back well from its pandemic woes and small businesses are recovering, which will lead to a wave of purchasing from the segment.”

In terms of brands, HP led the market share with 21.9 percent, followed by Apple with 20.6 percent. Dell was third with 15.6 percent, Lenovo fourth with 12.4 percent and Samsung fifth with 8.2 percent. The “others” category consisted of 21.3 percent.

Apple had led the market share race in the second quarter of 2020, with 24.8 percent.

“Apple had more success with notebooks, with twenty-four percent year-on-year shipment growth, partly due to the success of the M1 chip. Dell saw comparatively modest growth, at eleven percent. Lenovo and Samsung continued to outperform other vendors, posting twenty-five and fifty-one percent growth respectively in PC sales-out,” Canalys said in the release. “Lenovo performed well by investing in the surging U.S. Chromebook market. Aside from its rapid ascendancy in the Chromebook market, Samsung has also solidified its status as a mainstay in the US tablet market, growing this quarter while the overall market shrunk slightly.”

The tablet market, however, has slowed of late.

“The tablet market ballooned in 2020 as consumers were stuck at home, with families looking for extra screens for entertainment and communication. That surge has faded slightly and lacks the future refresh cycle strength that notebooks will see from purchases made early in the pandemic. iPads performed well in Q2 2020 as Apple kept up with component shortages better than its key competitors. Since then, other vendors have made up ground, leading to Apple shrinking while Amazon and Samsung have grown,” Canalys said in its release.