Drake Equation: Can This Predict the Odds of Finding Aliens in Our Galaxy? 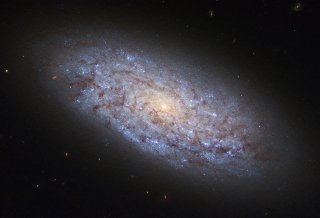 Is there really a way that we can estimate the number of technologically advanced civilizations that might exist in the Milky Way galaxy?

In 1961, while working as a radio astronomer at the National Radio Astronomy Observatory in Green Bank, West Virginia, Dr. Frank Drake did just that. It became known as the Drake Equation, and it valiantly tries to identify specific factors thought to play a role in the development of such civilizations.

As of today, there is no unique solution to this particular equation, but it is a generally accepted instrument used by the scientific community to examine such large-scale questions.

The equation utilizes several variables that ask questions ranging from “How many civilizations in the Milky Way galaxy have electromagnetic emissions that are detectable?” to “How many planets, per solar system, have an environment suitable for life?”

With our current modest knowledge of the galaxy, it is indeed difficult to plug in exact numerical values to these variables. But in Drake’s best estimates, the number of intelligent civilizations in the Milky Way is probably between 1,000 and 100 million – surely, scientists would love to eventually tighten up that range a bit.

However, recent discoveries via some of the most technologically advanced telescopes out there have given a clearer picture of some of those variables. Back when the Drake Equation was first put forth, it was indeed sci-fi fantasy to be able to directly observe a planet outside our solar system. Since the first exoplanet was confirmed in 1995, thousands more have been discovered across the universe.

Known as Kepler-1649c, it is 1.06 times larger than Earth and receives about 75 percent of the amount of light that our planet receives from the sun. These data findings suggest that the exoplanet’s surface temperature could be similar to what is found on Earth. Kepler-1649c now has joined the exclusive list of other intriguing finds, such as TRAPPIST-1f, TRAPPIST-1D and TOI 700d, in the hunt for habitable exoplanets.

Moreover, in less than a year, the James Webb Space Telescope will be launched into space in an effort to give humankind the best understanding of the universe yet. The $10 billion space telescope is the much-vaunted successor to the highly successful Hubble Space Telescope, which was launched in 1990.

Being 30 years younger than Hubble, the school-bus-sized telescope is equipped with much more advanced tools and sensors, such as a near-infrared camera and spectrograph, that will enable it to glean more comprehensive data regarding exoplanets and faraway galaxies – and hopefully, direct signs of technologically advanced civilizations.