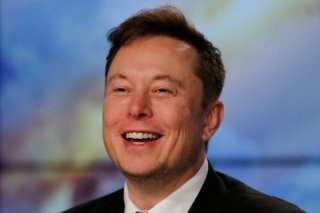 Cars.com, since 2006, has published something called the “American-Made Index,” which the site describes as “a list of the most American-made vehicles, by our judgment of various metrics.” In this year’s edition the list, which formerly only ranked a top ten or fifteen vehicles, now ranks every single American-made car because, the site says, “ rising consumer interest in buying local amid the economic disruption of the COVID-19 pandemic.”

This year’s ranking lists ninety-one cars, which “boast final assembly in the U.S. for at least some portion of sales.” The Ford Ranger, which is assembled in Michigan, and the Jeep Cherokee, made in Illinois, take the top two spots.

Tesla is a participant in the list for the first time, with three of the company’s cars all making the top ten. The Tesla Model S is ranked third, the Model 3 is named fourth, and the Model X is ninth. All three are assembled at Tesla’s facility in Fremont, California. The company’s new Model Y is not yet included.

And while Honda is of course a Japanese company, it makes cars in the United States, with the Odyssey, Ridgeline and Passport taking the fifth, sixth, and seventh sports on the list. All are assembled in Lincoln, Alabama.

Also this week, Tesla is ranked for the first time in another measure of cars: The J.D. Power and Associates rankings. But the performance wasn’t nearly as positive. According to J.D. Power’s 2020 U.S. Initial Quality Study, Tesla was ranked dead last, with 250 problems per 100 vehicles. Dodge, Kia and Chevrolet ranked first in the survey.

However, there may be a reason for the low ranking.

“Unlike other manufacturers, Tesla doesn’t grant us permission to survey its owners in 15 states where it is required,” Doug Betts, president of the automotive division at J.D. Power, said in a statement. “However, we were able to collect a large enough sample of surveys from owners in the other 35 states and, from that base, we calculated Tesla’s score.”

Tesla, earlier this spring, became the world’s most valuable automaker.