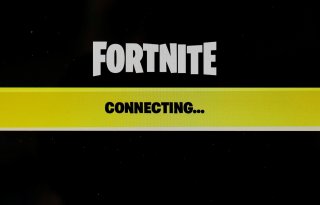 Epic had an issue with Apple’s requirements about in-app purchases, as well as with the company’s practice of collecting a 30 percent commission, and when the gaming company set up its own purchasing program, Apple banned it from the App Store. Epic has now sued both Apple and Google, in litigation that’s likely to be protracted. The controversy led Apple to reduce its commission to 15 percent, for some small businesses.

Now, the CEO of Epic Games has given an interview explaining the company’s thought process in doing battle with Apple.

Tim Sweeney told CNN this week that Epic Games spent months on what it called “developing its battle plan to fight Apple,” giving it the code name “Project Liberty.”

“Epic’s frustration with Apple especially, and Google to some extent, had been building up for at least three years. Ever since Fortnite grew to have a large audience, we felt stifled by several things,” Sweeney told CNN in the interview.

The plan launched in August when Epic published a blog post in which it encouraged Fortnite fans to pay them directly. This set off the sequence of events, in which Apple and Google pulled the Fortnite app from its stores, and then Fortnite, in turn, sued them.

“I grew up in a time in which anybody could make software. This is my first computer, an Apple II,” Sweeney said in the interview. “You turn it on and it comes up with a programming language prompt,” he continued. “So I felt all along that open platforms are the key to free markets and the future of computing.”

“Epic’s problem is entirely self-inflicted and is in their power to resolve,” Apple said in a statement to CNN. “Epic has been one of the most successful developers on the App Store, growing into a multibillion dollar business that reaches millions of iOS customers around the world. We very much want to keep the company as part of the Apple Developer Program and their apps on the Store.”

While Epic Games has been around since the early 1990s, the success of Fortnite, along with the growing popularity of its Unreal Engine, has brought it to new heights in recent years. The company last year closed a funding round that raised $1.78 billion, therefore giving the company a valuation of $17.3 billion. Sony invested $250 million in the company, while other participants in the funding round included  BlackRock, Fidelity Management & Research Company LLC, Lightspeed Venture Partners and Ontario Teachers’ Pension Plan Board.