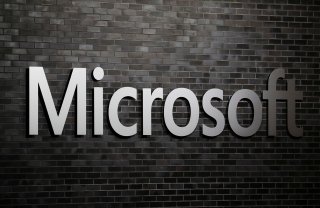 Microsoft on Jan. 26 announced its fourth-quarter earnings, announcing that the company posted $43.1 billion in revenue, a 17 percent surge over the same period the year before. Net income, additionally, was $15.5 billion, a 33 percent increase over the fourth quarter of 2019. The performance beat expectations, per Investors Business Daily.

The company had posted $37.2 billion in revenue in the third quarter.

Among highlights of the earnings was an 11 percent increase in Office Commercial product and cloud services revenue, while Office consumer products and cloud services were up 7 percent. And revenue from LinkedIn rose 23 percent over the last quarter of 2019.

In the quarter, which saw the debut of a new Xbox console, the company posted a 40 percent revenue increase in the Xbox content and services category, with the overall personal computing division increasing 14 percent over the year before to $15.1 billion.

“What we have witnessed over the past year is the dawn of a second wave of digital transformation sweeping every company and every industry,” Satya Nadella, chief executive officer of Microsoft, said in the earnings release.

“Building their own digital capability is the new currency driving every organization’s resilience and growth. Microsoft is powering this shift with the world’s largest and most comprehensive cloud platform.”

“Accelerating demand for our differentiated offerings drove commercial cloud revenue to $16.7 billion, up 34% year over year,” Amy Hood, the company’s executive vice president and chief financial officer, said. “We continue to benefit from our investments in strategic, high-growth areas.”

“We believe the strong numbers from Nadella & Co. is a broader indication of strength we expect to see across the enterprise cloud software landscape throughout this earnings season,” Ives wrote in a note Tuesday afternoon.

“For Redmond, this cloud shift and WFH dynamic looks here to stay and the company stands to be a major beneficiary of this trend on its flagship Azure/Office 365 franchise over the coming years. With 35% of workloads in the cloud today poised to hit 55% by 2022, we believe this WFH shift has accelerated the cloud trend by roughly a year as more CIOs are now being forced to face the new normal/reality for their respective organizations looking ahead.”

Also during the fourth quarter, Microsoft reached an agreement with LG for a partnership related to the latter company’s OLED TVs. Microsoft also served as the major tech partner for International CES, which took place virtually earlier this month. And MarketWatch predicted that the recent SolarWinds hack could lead more corporations to turn to the cloud in order to avoid such intrusions.