The Facts are in: People Prefer to Cut Cords and Stream Their Media 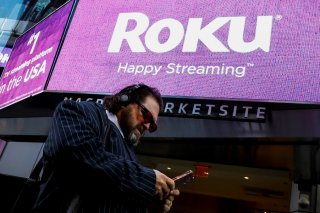 A lot of people who cut the cord by getting rid of traditional cable do so in order to save money. A new survey shows that those who have done so really have managed to pay less than regular pay-TV subscribers.

According to Cord Cutters News, which cited the latest State of Streaming Survey from Roku and NRG, “on average, cord cutters spend less than half what regular pay-TV viewers spend on their subscriptions.”

The survey, which included 2,000 participants who all watch at least five hours of TV a week, found that the “average monthly bill” for cord-cutters is $49, while the average traditional pay-TV bill is $121.

The report also found that those who cut the cord aren’t giving up that huge amount of content.

“While cord-cutting is definitely a money-saver, it doesn’t mean sacrificing content. Of consumers who cut the cord in the last 12 months, 39% say they’re watching the same amount or more than they did before,” the Cord Cutters story said. “On average, cord-cutters spend 22 hours per week streaming, compare to 19 hours clocked weekly by pay-TV viewers.”

“Streaming is slowly overtaking the TV landscape as the preferred way to watch entertainment. Four in five TV consumers are streamers versus two in three who pay for traditional TV, and one in four consumers is a cord cutter,” the news report.

It does not appear that the survey has been publicly released yet, while it’s important to note that Roku has a vested interest in the popularity of streaming.

Roku has had a massively successful run, through the pandemic and even after, as the streaming explosion during stay-at-home orders changed watching habits.

Additionally, Roku has had some success with original programming, having acquired the remnants of the shuttered streaming service Quibi and bringing the former Quibi shows to larger-than-ever audiences via the new “Roku Originals” label.

Earlier this week, Roku announced plans for its first-ever original movie, which will be a Christmas special based on the recently canceled NBC musical TV series “Zoey’s Extraordinary Playlist.” Per Variety, production on the movie will begin next week, with a release date on the Roku Channel set for the holiday season. Roku also grabbed the streaming rights, which were formerly on Peacock, to the two existing seasons of the TV show.