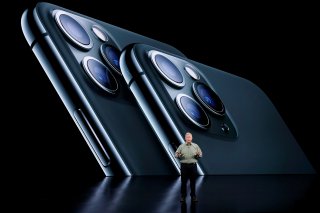 Apple will come out with four iPhones this year, all featuring 5G capability, which will kick off a “supercycle” for Apple this year.

That’s according to the latest report from analyst Daniel Ives of Wedbush Securities, who had previously believed that Apple this year would offer a mix of 4G and 5G models, although he says that Apple will possibly unveil a fifth iPhone, with 4G and a “lower price point,” in early 2021.

As a result, Ives has raised his price target for Apple to $515.

“Our new Asia supply chain checks conducted by our TMT team over the last week are showing a discernible uptick in forecasts for iPhone 12, which bodes well for demand trends heading into this super cycle October launch,” Ives wrote in the note.

The analyst also wrote that there will be separate U.S. and non-U.S. versions of the 5G phones, and that the U.S. version will feature the mmWave variety of 5G.

“Taking a step back we believe iPhone 12 represents the most significant product cycle for Cook & Co. since iPhone 6 in 2014 and will be another defining chapter in the Apple growth story looking ahead despite a softer consumer spending environment in our opinion,” Ives wrote. “We still believe many on the Street are underestimating the massive pent-up demand around this super cycle for Apple.”

Ives also estimated that Apple’s Services business is now valued at somewhere between $700 million and $750 million, and that the growth in wearables, which includes Apple Watch and AirPods, has been “eye-popping.”

On its earnings call July 31, Apple confirmed that its 2020 iPhone lineup would likely be delayed past September,

“Last year we started selling new iPhones in late September, this year we expect supply to be available a few weeks later,” Apple CFO Luca Maestri said on the earnings call. Analysts and media had been speculating for most of this year that the coronavirus pandemic and its effect on the supply chain would lead to a delay in this year’s models.

In the quarter, Apple reported revenue of $59.7 billion, which beat analyst expectations.

“In April, we expected year-over-year performance to worsen but we saw better-than-expected demand in May and June. We attribute this increase in demand to several interactive causes, including a strong iPhone SE launch, continued economic stimulus and potentially some benefit from shelter-in-place restrictions lifting around the world,” Apple CEO Tim Cook said on the earnings call, per a Motley Fool transcript.

“We expected iPad and Mac growth to accelerate, and we saw very strong double-digit growth for these devices this quarter. This remarkable performance came in spite of supply constraints on both products.”

Apple does not break out the exact number of iPhones, iPads and Macs that it sells in each quarter. In late 2018, Apple announced that it would no longer offer such numbers in its earnings releases.