Could This Year's New iPhone Be Delayed? 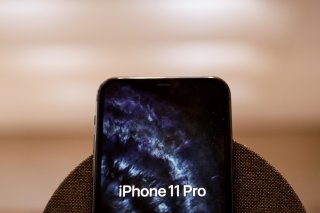 Amid a blockbuster earnings report that saw the company post-double-digit revenue gains and also announce a 4-to-1 stock split, Apple on Thursday confirmed that its 2020 iPhone lineup will probably be delayed past September.

The news followed months of reports, from journalists and analysts, that coronavirus and its effects on the global supply chain would lead to a delay in the arrival of the 2020 iPhone lineup.

For the quarter, the company announced revenue of $59.7 billion, up 11 percent from the same quarter the year before. Analysts had predicted a revenue number of $52.25 billion.

The company achieved that revenue amid the pandemic, even though Apple Stores were closed in much of the U.S. and world.

“Apple’s record June quarter was driven by double-digit growth in both Products and Services and growth in each of our geographic segments,” Tim Cook, Apple’s CEO, said in a statement.

“In uncertain times, this performance is a testament to the important role our products play in our customers’ lives and to Apple’s relentless innovation. This is a challenging moment for our communities, and, from Apple’s new $100 million Racial Equity and Justice Initiative to a new commitment to be carbon neutral by 2030, we’re living the principle that what we make and do should create opportunity and leave the world better than we found it.”

Meanwhile, the 4-to-1 stock split will go into effect for any Apple shareholder of record at the close of business on August 24, 2020, with the new shares trading again a week later. The board also approved a dividend of $0.82 per share of the company’s common stock.

The earnings report came days after Apple announced plans to reach full carbon neutrality, for its products and supply chain, by 2030.